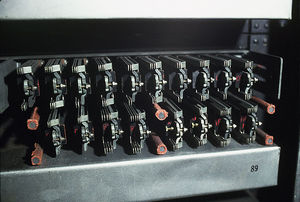 Included are topics which deal with the workings and issues dealing with circuitry, such as circuit noise, silicon on insulator technology and circuit synthesis

This category has the following 29 subcategories, out of 29 total.

Retrieved from "https://ethw.org/w/index.php?title=Category:Circuitry&oldid=105021"
Category:
This page was last edited on 29 July 2014, at 10:08.
About ETHW
Policies and disclaimers