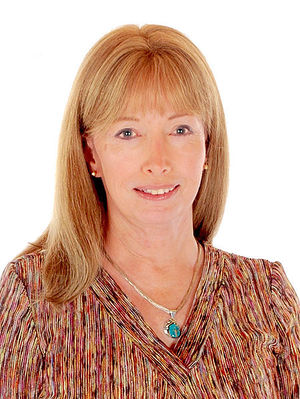 Lynn Conway is a pioneer of microelectronics chip design and a recipient of many honors, including election to the National Academy of Engineering - the highest professional recognition an engineer can receive. She is currently Professor of Electrical Engineering and Computer Science, Emerita, at the University of Michigan, Ann Arbor. A revealing quotation for Lynn's strong-willed personality, which sustained her through difficult years, stands out in a picture frame in her Ann Arbor office: "Play for more than you can afford to lose, and you will learn the game."

Life was not easy for Lynn as a child, who was born and raised as Robert, the oldest son of middle-class parents in Mount Vernon, New York. In the 1940s and 1950s, people did not recognize gender identity disorder, and hence Lynn, who had the brain and gender identity of a girl, was forced to grow up as a boy.

As Robert, Lynn received her M.S. in electrical engineering from Columbia in 1963, and joined IBM Research at Yorktown Heights, New York, in 1964. At IBM she did pioneering research, inventing a powerful method for issuing multiple out-of-order instructions per machine cycle in supercomputers that made possible the creation of the first true super-scalar computer. This pioneering research remained hidden for many years, due to the secret nature of the IBM project, which was disbanded in 1968. While at IBM Lynn decided to begin medical treatment to change her sex. She left the corporation and lost all connections to the important work she had done there.

After surgery and with her new name, Lynn started her career all over again, joining Memorex in 1971 and then moving to the new Xerox Palo Alto Research Center (PARC) in 1973. Barely ten years after her gender transition, in 1978, Lynn had already achieved wide recognition in her field, owing to her pioneering research on Very Large-Scale Integration (VLSI) systems. By then she was publishing a seminal textbook, Introduction to VLSI Systems (1978), with Carver Mead that revolutionized the teaching and automation of design techniques. After Lynn successfully demonstrated in MIT's eponymous course 6.978 their Multi Project Chip (MPC) concept, which enabled fabrication of multiple designs on a single wafer, she joined the Defense Advanced Research Projects Agency (DARPA) to help lead the Strategic Computing Initiative. Lynn became an associate dean of engineering and professor of electrical engineering and computer science at University of Michigan at Ann Arbor in 1985, retiring in 1998.

Lynn's story is that of a woman who made amazing contributions to society in spite of intense ostracism and stigmatization. "It's like building bridges," she says. "People can say the design stinks, your ideas aren't any good. But if the bridge stands, it stands. People can look at me and say what they want. . . but take a look at my life and tell me if the bridge stands."

In 2009, Dr. Conway was the recipient of the IEEE Computer Society's Computer Pioneer Award.

See also Lynn Conway's website. In addition to an extensive and beautifully written biography, and much material on transsexualism, her website includes a substantial collection of primary documents on both on supercomputing at IBM and VSLI at Xerox PARC.

Retrieved from "https://ethw.org/w/index.php?title=Lynn_Conway&oldid=182007"
Categories:
This page was last edited on 28 October 2020, at 04:20.
About ETHW
Policies and disclaimers