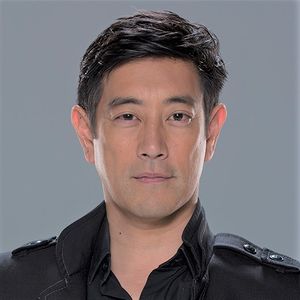 Grant Masaru Imahara enjoyed a unique career in electrical engineering for the entertainment industry in Hollywood, Los Angeles, California, USA. Born to Japanese-American parents in southern California, Imahara recalled in an interview[1] that he "was one of those kids [who] from an early age . . . would take stuff apart." He received his first set of Lego blocks in 1973 and, like other future engineers of his generation, "the Lego had a big impact on my ability to work with modular systems and be able to fit things together and work around certain problems." Imahara also found that when he re-assembled toys that he'd dismantled to understand their operation, "you always have extra parts; that's just a universal law." Looking back, he thought that his curiosity "is what guided me into engineering," although he also recognized the role of his high school guidance counselor in explaining that engineering was a profession.

After spending two years at the University of Southern California (USC) in the electrical engineering program, however, Imahara was burned out and disillusioned with a future in the profession. Having been encouraged in high school to develop his creative writing talent and supported by his mother, he visited the USC School of Cinema-Television (now the School of Cinematic Arts) where an undergraduate advisor explained that he couldn't simply transfer and change majors. Instead Imahara was directed to visit Tomlinson Holman, who taught audio engineering at the school when he wasn't working at Lucasfilm, where he had invented the THX (Tomlinson Holman eXperiment) sound system. At Imahara's iniative, Holman agreed to have him work as his unpaid assistant. This started with cleaning Holman's office--"SMPTE, AES, IEEE, all the professional organizations related to cinema sound, he was a member of all these societies and he had papers everywhere"--and progressed to developing a characterization curve for Sony MDR V6 headphone.

Exposure to the details of Tomlinson's profession in organizing, reading, researching, and writing for a useful product helped inspire Imahara to return to USC's School of Engineering (now the Andrew and Erna Viterbi School of Engineering) and complete his EE degree in 1993 as a member of IEEE, the Audio Engineering Society, and Society for Motion Picture and Television Engineers. So did an internship at Lusasfilm's THX, which hired him upon graduation. As a licensing engineer, Imahara stress tested loudspeakers and other audio equipment for compatibility with THX specifications; alternately, he wore one of C-3PO's suits during marketing efforts to license Star Wars trademarks.

After three years at THX, Imahara was recruited to join another Lucasfilm division, Industrial Light and Magic (ILM) as lead modelmaker. He spent nine years designing and making the electronic circuitry for models used in Star Wars Episodes I, II, and III; Terminator 3: Rise of the Machines; The Lost World: Jurassic Park; The Matrix Reloaded and The Matrix Revolutions; AI: Artificial Intelligence; and Galaxy Quest. He also designed the circuits for the Eveready Battery Company's Energizer Bunny mascot that synchronized its drum beats and ear flaps, and became its operator on numerous video shoots for its advertising appearances.

During his tenure in the model shop, Imahara was joined by Tory Belleci and Andrew "Andy" Savage, who helped him build and operate Imahara's Middleweight entry, Deadblow[2], at the Long Beach 1999 BattleBots event in Long Beach, California. Over four years and constant upgrades, Deadblow accrued a 10-7 record in competitions televised on Comedy Central before the division was eliminated. His successes generated a line of toys and his book, [3]Kickin' Bot: An Illustrated Guide to Building Combat Robots</ref> (2003).

Before BattleBots, Imahara had also met James "Jamie" Hyneman at former ILM engineer Marc Thorpe's second Robot Wars event in 1995. By 2005, when digital effects were supplanting models for special effects, Imahara accepted Belleci's invitation to join Savage and Hyneman's MythBusters show on the Discovery Channel as its Build Team's third member. He devoted nine years to designing and constructing robots and circuits to test human-equivalent broadsword swinging, carry someone, explode a cement truck, pick a lock with a preserved stick of meat, etc.

In 2008, Imahara also served on the ILM team that built three new "bunny" mascot robots for the Eveready Battery Company's Energizer battery. He designed and built circuit boards containing 8-bit microcontrollers and radio-controlled relays to respond to wireless commands and carry out various movements: start and stop beating the drum, raise and lower arms, and twirl sticks or stop twirling. To power each bunny's twelve motors, he packed it with 44 AA batteries to fulfill "truth in advertising" assurances.

In 2014 Imahara left MythBusters and worked on a wide variety of projects related to robotics before his death from a brain aneurysm in July 2020. These included spokesman for Mouser Electronics; numerous television, film, and internet appearances as a BattleBot judge; co-host of Netflix's White Rabbit, a variation on MythBusters; actor in a Star Trek spin-off series and Sharknado 3: Oh Hell No!; and host on The Home of the Future.

As lead mechanical designer for Spectral Motion, Inc., Imahara spent the last three years of his consulting for Walt Disney Imagineering on what became Stuntronics, a series of animatronic acrobatic robots representing Disney film characters that are being integrated with the company's theme parks; the first two to debut are Spider-Man and Baby Yoda. Disney Research published a paper that he co-authored, "Stickman: Towards a Human Scale Acrobatic Robot," in 2018.

Imahara was a senior member of IEEE. He is survived by his wife, Jennifer Newman.

Retrieved from "https://ethw.org/w/index.php?title=Grant_Imahara&oldid=180512"
Categories:
This page was last edited on 15 July 2020, at 12:19.
About ETHW
Policies and disclaimers