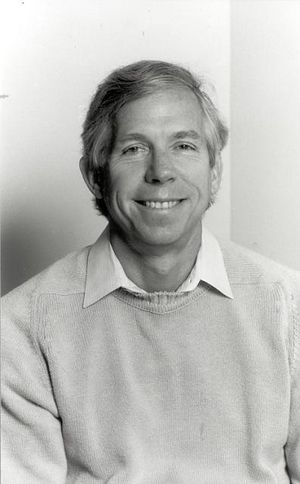 Robert W. Brodersen is best known for his contributions to low power design and wireless communications. He was one of the principal contributors to the InfoPad Project, which began in 1992 and lasted until 1997. Brodersen, with his colleagues on the project, developed the very first wireless web terminal. Brodersen was also a leading contributor of the Berkeley Emulation Engine 2 (BEE2), a platform that is currently used to emulate large-scale multicore systems and used within high-performance radio telescope projects.

Brodersen was born on November 1, 1945. He earned his B.S. in Electrical Engineering and Mathematics from California State Polytechnic University (1966) and his PhD in Electrical Engineering from Massachusetts Institute of Technology (1972). Brodersen began his career at Texas Instruments in Dallas, and then joined the faculty of the Department of Electrical Engineering and Computer Science at the University of California, Berkeley in 1976. One of his most notable accomplishments at Berkeley was the founding of the Berkeley Wireless Research Center (BWRC) in 1998. In 2006, Brodersen retired as Professor Emeritus, but he remains actively involved with the BWRC as the Co-Scientific Director.

He is an IEEE Fellow and a member of the National Academy of Engineering, and is the recipient of numerous awards and honors from the ACM SIGMOBILE, the Circuits and Systems Society, and the IEEE. Brodersen received the 1980 IEEE W.R.G. Baker Award, and in 1983 he, along with Paul R. Gray and David A. Hodges, received the IEEE Morris N. Liebmann Memorial Award "For pioneering contributions and leadership in research on switched-capacitor circuits for analog-digital conversion and filtering." Brodersen holds 3 patents and has authored or co-authored over 200 journal articles and conference papers. He was awarded the 1997 IEEE Donald O. Pederson Award in Solid-State Circuits