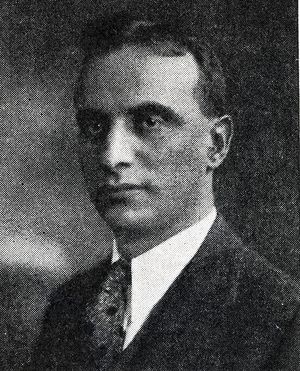 Joseph Slepian was born on 11 February 1891, in Boston, MA. Slepian received the degrees of bachelor of arts in 1911, master of arts in 1912, and doctor of philosophy in 1913 from Harvard University. He spent one year studying mathematical physics at the University of Gottingen, Germany and at the Sorbonne in Paris, before becoming instructor of physics at Cornell University for one year. After a period in the apprenticeship course at the Westinghouse Electric and Manufacturing Company, he entered that company's research department in January 1917. He was named engineer in charge of the research section of the laboratories in 1922; research consulting engineer in 1926; and associate director in 1938. He was active in the development of autovalve lighting arresters, the ignitron, mercury arc rectifiers, De-ion circuit breakers, and high voltage fuses.

Joseph Slepian was awarded the John Scott Medal in 1932 and was co-author of the paper which received the national prize of the American Institute of Electrical Engineers (AIEE, now IEEE) for the best paper in theory and research for 1933. He was a member of the American Association for the Advancement of Science, the National Academy of Sciences, the American Physics Society, the American Electro-chemical Society, and the American Mathematical Society. He served on the AIEE committees on basic science of which he was chairman. In 1942, he was awarded the Lamme Medal of the AIEE "for his contributions to the development of circuit-interrupting and current-rectifying apparatus." He also received the coveted Edison Medal in 1947 "For his theoretical and practical contributions to power systems through circuit analysis, arc control, and current interruption." His career was brought to an end by a stroke in 1951.

Retrieved from "https://ethw.org/w/index.php?title=Joseph_Slepian&oldid=158461"
Categories:
This page was last edited on 24 January 2018, at 00:32.
About ETHW
Policies and disclaimers