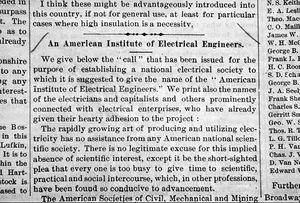 Nathaniel Keith's "call" as printed in the 5 April 1884 issue of Electrical World. 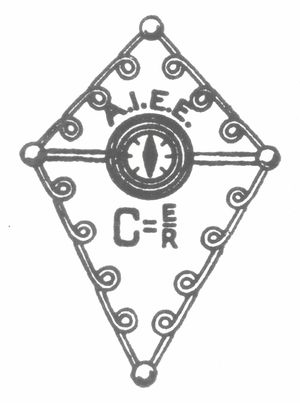 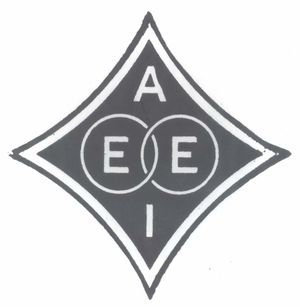 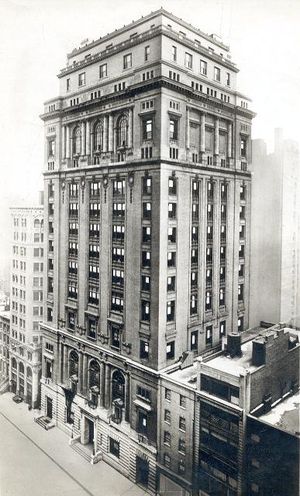 In 1884, electricity was just beginning to play a major role in society. There was one major electrical industry, the telegraph. Beginning (at least in the United States) with a government sponsored line between Washington and Baltimore in 1844, telegraph lines crossed the country, and with the completion of the first permanent transatlantic cable between Newfoundland and Ireland in 1866, crossed the ocean as well. For the first time in history, communications could routinely travel faster than transportation. By the end of the 1860s, Western Union, the major US telegraph company, was one of the largest businesses in the world, and many young men (and a few young women) sought their fortunes as “telegraphers” or “electricians.”

Foremost among these was Thomas Edison, who from a start as a boy telegraph operator rose to be the leading inventor of improvements to the telegraph. Then he became a wide ranging independent inventor, who in 1879 demonstrated the first incandescent electrical lighting and power system at his pioneering research center in Menlo Park, New Jersey. He followed that in 1882 with the construction and opening of the world’s first electric power central station in New York City. A second electrical industry began to emerge.

Edison was one of a small group of men who responded to Nathaniel S. Keith’s call for a New York meeting to organize a society of electrical professionals to represent the United States to foreign dignitaries who would be attending the International Electrical Exposition the Franklin Institute was hosting in Philadelphia that fall. They met in New York on May 13, 1884 and established the American Institute of Electrical Engineers. The men were a cross section of the electrical experts of the era. The first AIEE president, Norvin Green, was the president of Western Union; the six vice presidents included Thomas Edison, telephone inventor Alexander Graham Bell, MIT physics professor Charles Cross, two veteran telegraphers, and an employee of equipment manufacturer Western Electric. The AIEE soon established two main classes of membership: members, defined as “Electrical Experts, Electricians, or Electrical Engineers” and associate members described as “ such persons [who] are or have been associated with the utilization of electricity or . . . are qualifying themselves to become identified with electrical science.” That fall, the new AIEE held its first technical meeting at the Franklin Institute in Philadelphia on 7-8 October 1884. Six papers were presented, and then published as the first issue of the new society’s journal, the Transactions of the AIEE.

AIEE was headquartered at:

Electric power spread rapidly across the U.S and the world enhanced by innovations such as Nikola Tesla’s AC Induction Motor, long distance AC transmission and large-scale power plants, and commercialized by industries such as Westinghouse and General Electric. The AIEE became increasingly focused on electrical power. Wired communications became a secondary concern. AIEE held regular meetings in New York, beginning in 1893 in Chicago, and soon in other cities with enough members. These local meetings evolved into local sections. There were fourteen by 1904, including one in Toronto, Canada.

Within a decade of its founding, AIEE had become the technical society for an established profession of considerable import, the electrical engineer. AIEE members, mostly power engineers, increasingly had formal academic training. And that education evolved from programs in physics departments to autonomous departments of electrical engineering, such as the one founded by Dugald Jackson at the University of Wisconsin in 1891 . To encourage young engineers, AIEE began offering student memberships, and authorized the formation of campus-based student branches in 1903.

AIEE interest in standards began within a year of its founding by supporting wire gauge standards developed elsewhere; by the late 1890s, the society had turned to developing its own standards for electrical apparatus, and in 1898 issued the first report of its committee on standardization. Promulgation of standards became an ongoing activity.

As the twentieth century began, an increasing percentage of members were engaged in commercial engineering, frequently as employees of or consultants to large power utilities. To address the sometimes competing requirements of their employer’s demands and their status as professionals, the AIEE drafted its first code of ethics (or as they called it a, “Code of Principles of Professional Conduct”) in 1912. Also, in 1912 AIEE added a higher membership grade of fellow to be awarded only to the most distinguished members.

Through the 1920 and 1930s, Discrete electrical technologies evolved towards large interconnected systems including  widespread electrical power grids and globally interconnected telephone systems. The AIEE continued to serve its members, and took tentative note of electronics, while focusing most of its attention on power and wired communications engineering. AIEE worked alongside, but separately from the newer Institute of Radio Engineers (IRE), which had been formed in 1912 to meet the needs of workers in that new field.

Electronics began to play a more prominent role beginning in the 1940s, and while AIEE continued to serve its power and wired communications engineers well, most of the engineers and engineering students interested in this newer technology gravitated towards the IRE. This increased interest on the part of both societies in joining to form a single society that would be a  single center for all electrical engineers. The two societies merged on January 1, 1963 to form the Institute of Electrical and Electronic Engineers. (IEEE)

For a more detailed history of the AIEE, see the two books the IEEE published in 1984 on the occasion of AIEE's centennial:

A. Michael McMahon, The Making of a Profession: A Century of Electrical Engineering in America.