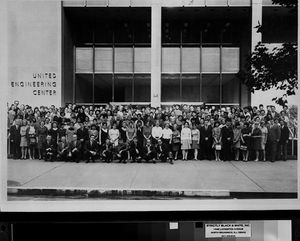 The staff of the IEEE posing for a group portrait in front of the UEC building in New York, which was IEEE Headquarters. No date, but likely mid-1960s.

With the merger of AIEE and IRE to form IEEE complete, the organization spent much of the next few years working its various implications. The combined staff moved into the larger AIEE facility in the United Engineering Center. On the local level, sections merged, and on the technical levels IRE professional groups gradually incorporated the corresponding AIEE technical committees, under the aegis of the IEEE Technical Activities Board, which was created as part of the merger. 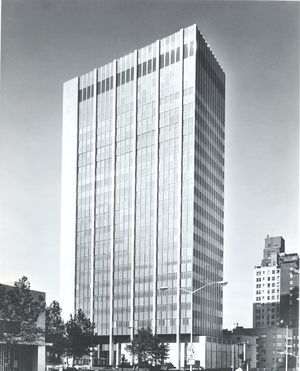 But as the 1960s ended, so did the post-war boom in electronics. For the first time since the 1930s, significant numbers of Institute members faced un- and under-employment. In the tenor of the times, many people, including some IEEE members, began publicly questioning whether technology was always a force for the good. These issues led to a movement among IEEE’s U. S. members for the Institute to expand its scope beyond the technical and educational activities specified in its constitution to professional ones. The growing number of members outside the U. S. failed to see the need, in part because they typically also had national societies to deal with these issues. After considerable debate, some of it conducted in the pages of IEEE Spectrum, the IEEE first established a U. S. Activities Board in 1971 to address the professional needs of its U.S. members. In 1972, IEEE membership overwhelmingly approved amending the constitution to extend IEEE’s charter to “advancement of the standing of the members of the professions it serves.” The USAB, funded by U. S. members only, established its headquarters in Washington to be well positioned to work with the United States government to address these professional issues. In more recent years, it has become IEEE-USA.

Even through the social turmoil of the 1970s, IEEE’s fields continued to grow and expand into every corner of civilization. Transistors led to integrated circuits which in turn became increasingly complex and specialized. The mainframe computers that were standard business tools in the 1960s began to give way to ever smaller and more powerful personal computers. Copper and microwave communications circuits yielded to fiber optics. Medical applications of electrotechnologies expanded with innovations such as laser surgery and CAT scans. And IEEE kept pace; its societies published more journals with more papers and held more specialized conferences. Increasingly, it was becoming a transnational organization, rather than a U.S. organization with international members. IEEE restarted a student publication, IEEE Potentials, in 1982 to meet the needs of its younger members. By the time IEEE celebrated its centennial in 1984, membership had grown to 250,000, of whom 50,000 were outside the United States.

Note: Much additional information on IEEE from the 1963 merger into the mid-1970s can be found in the two books that IEEE published in 1984 in celebration of its centennial (or more properly the centennial of its older predecessor institute, the American Institute of Electrical Engineers.) Both of these books are available on the ETHW:

Also available on the ETHW is a list of IEEE Presidents (with links to further information on these presidents). 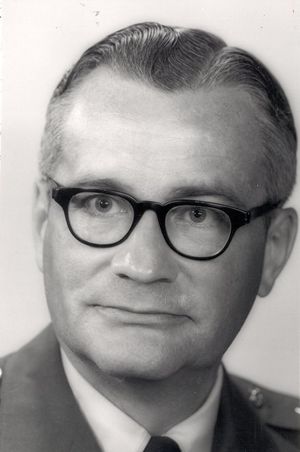 Back to IEEE History