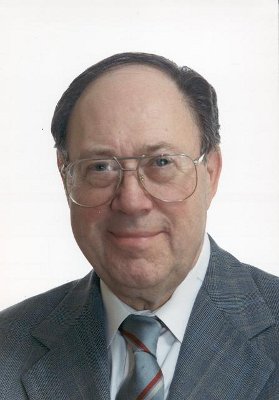 Amos Edward Joel Jr. was born on 12 March 1918 in Philadelphia, PA. He obtained the B.Sc. in Electrical Engineering and M.Sc. in Electrical Engineering from the Massachusetts Institute of Technology in 1940 and 1942, respectively. He spent his entire professional career, from July 1940 to March 1983, with Bell Telephone Laboratories, starting as a Member of Technical Staff. There, Joel's efforts were devoted to the study, design, and evaluation of telephone switching systems, a field in which he has made many contributions.

From 1961 to 1967, Joel was responsible for the design of two systems used to improve operator services: one for 0 and 0 + calls that require operator services (TSPS), and the other that announces telephone number changes (AIS). Versions of both systems are in service throughout the nation.

Joel received a basic patent for his early studies of the switching aspects of cellular mobile radio service. More than seventy other U.S. patents have been issued for his work, including the largest ever U.S. patent for his work on AMA. He has authored and co-authored several books and numerous papers on switching. He has been the co-recipient of the New Jersey R & D Council's Outstanding Patent Award, 1972; and the IEEE Alexander Graham Bell Medal, 1976. He has been recognized for his work in switching with the Franklin Institute Stuart Ballantine Medal, 1981; the International Telecommunication Union Centenary Prize, 1983; the Genoa, Italy Columbian Medal, 1984; and in 1989 the Kyoto Prize of the Inamori Foundation of Japan, and the New Jersey "Inventors of the Year" Award by the NJ Institute of Technology. In 1992, he was awarded the IEEE Medal of Honor, "For fundamental contributions to and leadership in telecommunications switching systems."

Joel was active in the IEEE (AIEE) since his student days serving on many committees and boards, as Chairman of the New York Section and President of the Communications Society. He was a member of the AAAS, ACM, Sigma XI, and the National Academy of Engineering, and a Life Fellow of IEEE.

He was married to Rhoda Fenton Joel; they had children, Jeffrey, Andrea, and Stephanie. His non-professional interests included music, playing electronic instruments, computers, and railroading. Joel died on 25 October 2008 at his home in Maplewood, New Jersey