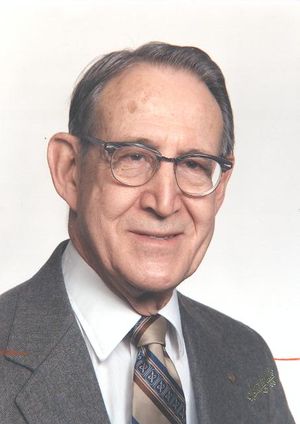 Harold Chestnut, IEEE President, 1973, worked in the control field at the General Electric Company, and he helped to form the International Federation of Automatic Control (IFAC). 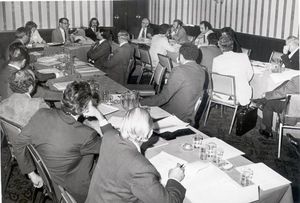 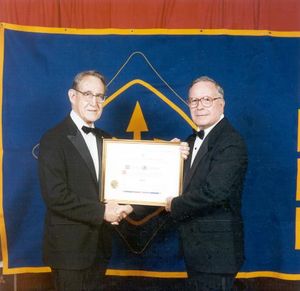 Chestnut began a life-long career in the control field with the General Electric Company in 1940. His early control work concerned stability issues in electric power systems. During the Second World War he was both a student and instructor in GE's well-known Advanced Engineering Program. During the Second World War he moved into the aeronautics and ordinance divisions of the company and remained there until 1956. In 1951 he co-authored Servomechanisms and Regulating Systems Design, Vol. 1 with R. W. Mayer, which was the leading text in the field for many years. He later wrote Volume 2 of that book, as well as System Engineering Tools, and System Engineering Methods.

Chestnut was active in the formation of the International Federation of Automatic Control (IFAC), which grew out of discussions started in 1956 among representatives from West Germany, the USSR, France, the United Kingdom, Poland and the USA. He served as IFAC's first president from 1957 through 1959 in a cold-war compromise that gave the USA the first president and the USSR the first International Congress in Moscow in 1960.

Chestnut continued with the General Electric Company until retirement in 1983. Major assignments included serving as manager of the Systems Engineering and Analysis Branch of the Advanced Technology Laboratory, working on a wide variety of technical problems including reliability issues in rapid transit and the Apollo mission to the moon. Later in his career he returned to the field of electric power and this time the focus was power systems automation.

Following retirement, he concentrated on one of his long time passions in the control field; the potential for control concepts to provide insight into problems of international stability. His dedication to the use of control concepts in societal problems arose from his success in working with wary representatives from many countries to set up IFAC and with proud representatives from various US engineering societies to set up the AACC. Two years before his retirement, Dr. Chestnut received the prestigious Honda Prize for ecotechnology and with it a substantial financial award. After retirement he used this fund to create the "SWIIS Foundation", a private foundation devoted to identifying and implementing "supplemental ways to improve international stability". During the 1980s and 1990s, he devoted the last productive years of his life to this effort.

Before 1963, he chaired the AIEE Technical Committees on Automatic Control and on Systems, Man, and Cybernetics. He later had several other leadership roles in the IEEE, culminating in his term as President of the IEEE in 1973. He was a Fellow of the AIEE, ISA, and AAAS. He was elected to the US National Academy of Engineering in 1974 and selected as a Case Centennial Scholar in 1980. He received the IEEE Centennial Medal in 1984 and the AACC Bellman Heritage Award in 1985.

Harold Chestnut is remembered as a quiet, but persistent man. Once he determined something ought to be done, he worked until he found a way to achieve his goal. He viewed life as one large control system that needed to be nudged from time to time to keep it running smoothly and on course. Chestnut and his wife, Erma Ruth Callaway, were married for fifty-seven years and had three sons. He was a devoted family man who enjoyed hiking and sailing with his family, especially at their cottage on Schroon Lake in the Adirondacks.

On 29 August 2001, Harold Chestnut died at the age of 83 in Schenectady, New York, the town in which he spent essentially all of his long and productive life.

Retrieved from "https://ethw.org/w/index.php?title=Harold_Chestnut&oldid=160193"
Categories:
This page was last edited on 18 July 2018, at 21:41.
About ETHW
Policies and disclaimers