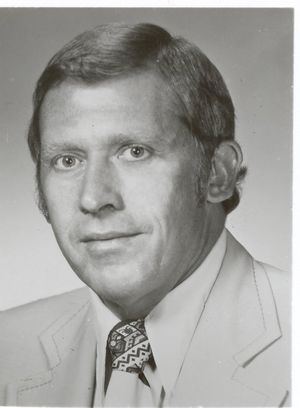 Robert E. Larson, IEEE President, 1982, was the co-founder, president, and CEO of Systems Control before the company’s sale to British Petroleum.

Dr. Larson received his Bachelor of Science Degree from M.I.T. in 1960, and his Master's and Doctorate degrees from Stanford University in 1961 and 1964, respectively, all in Electrical Engineering.

He worked for IBM, Hughes Aircraft and SRI International. Bob was co-founder, President and CEO of Systems Control, prior to its sale to British Petroleum. He was a General Partner of the Woodside Fund, a venture capital firm based in the Silicon Valley of Northern California, since 1983.

Dr. Larson was a Consulting Professor at Stanford University from 1973 to 1988. Larson has written six textbooks and 140 technical papers on software and computer systems.

Retrieved from "https://ethw.org/w/index.php?title=Robert_Larson&oldid=187942"
Categories:
This page was last edited on 18 April 2022, at 14:17.
About ETHW
Policies and disclaimers