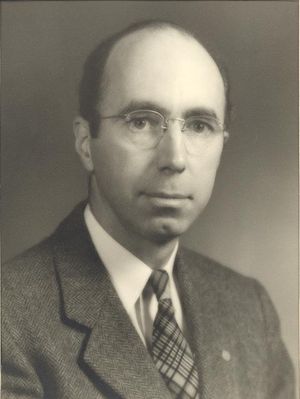 In 1929, Darlington became a member of technical staff at Bell Laboratories in Murray Hill, New Jersey, where he remained until he retired as head of the Circuits and Control Department in 1971. At Bell Labs, Darlington was ranked alongside his colleague Claude Shannon for breakthroughs in communication networks that foreshadowed the integrated circuit and in turn computers and modern communications. Darlington's discovery of ways to custom-design circuits using precise mathematical specifications, a specialty now called network synthesis theory, made him the leading authority in electronic circuits for decades.

At a chalkboard at Bell Labs with three or four other rocket guidance experts, Darlington scrawled equations that became the basis for guiding the Air Force Titan I, the Thor-Delta, and dozens of other rockets. His rocket guidance formulas could instantly plug in the information from several sources - the trajectory designed to launch a satellite, the data from radar that tracked the rocket, and the instruments in the rocket itself - and could then return a flow of commands to the rocket.

Always a tinkerer, Darlington in the 1950s spent a weekend at home playing with a new gadget, the transistor. Trying to get more gain from an amplifier the size of a kernel of corn, he found a way to combine two or more transistors in one chip, an idea that became the Darlington type of Compound Chip and pointed the way toward integrated circuits. He patented the idea and lived to see the Darlington chip become required study for electrical engineering students everywhere. Darlington also made advances in radar, inventing the pulse compression ("chirp") radar in 1947. This approach, using several frequencies to lower the demands for high peak power, made possible the antiballistic missile defense system.

Darlington was an IEEE Life Fellow, an Associate Fellow of AIAA, and a member of the National Academies of Engineering (1975) and Science (1978). For many years, he was active in the IEEE Circuit Theory Group and in URSI where he served as a delegate to several URSI general assemblies. He received the Prize Paper Award of the IEEE Circuit Theory Group in 1972, the IEEE Edison Medal in 1975 'For basic contributions to network theory and for important inventions in radar systems and electronic circuits.' and the IEEE Medal of Honor in 1981 'For fundamental contributions to filtering and signal processing leading to chirp radar.' In 1945, he was awarded the Presidential Medal of Freedom, the United States' highest civilian honor, for his contributions during World -War II.

Darlington and his wife, Joan, had two daughters. Darlington died at his home in Exeter, New Hampshire on 31 October 1997, at the age of 91.

Retrieved from "https://ethw.org/w/index.php?title=Sidney_Darlington&oldid=156095"
Categories:
This page was last edited on 14 August 2017, at 15:01.
About ETHW
Policies and disclaimers