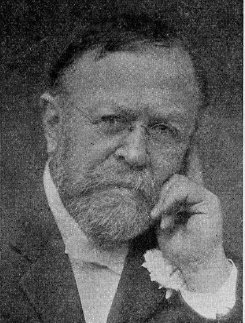 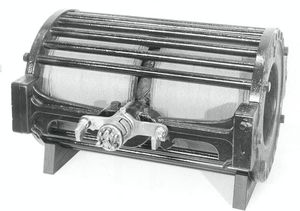 In the days when electric lighting was a new subject, Edwin James Houston attained fame by working out the Thomson-Houston system of arc lighting. In collaboration with Professor Elihu Thomson who was a teacher at the same school, Professor Houston made many important contributions to the art, establishing a high reputation as an inventor in addition to his eminence as a teacher, author and consulting engineer.

He was born in Alexandria, VA, July 9, 1847 and was educated in the Central High School of Philadelphia, from which he received the Master's degree. After teaching for a time at Girard College, he was elected professor of civil engineering in the Central High School, but was soon transferred to the chair of natural philosophy, of which he was professor emeritus at the time of his death, March 1, 1914. He was also professor emeritus of physics at Franklin Institute and professor of physics at the Medico-Chirurgical College.

In 1884 he was appointed a member of the United States Electrical Commission, which convened at Philadelphia, and was elected by the Franklin Institute chief engineer of the International Electrical Exhibition in Philadelphia. This exhibition was well carried out, and the practical tests of electrical apparatus then made were a valuable contribution to the advance of electrical science. By this time Professor Houston had become prominent in electrical research of every sort, and the following year, in 1895, he resigned from his position at the Cental High School to become associated with Dr. Arthur E. Kennelly in the firm, Houston and Kennelly, consulting engineers.

Professor Houston was a very prolific writer both in the technical and popularized fields of science. He was keenly alive to the growing importance of science in education and wrote many textbooks and "popular" essays, as well as numerous purely scientific papers.

The series "Primers of Electricity," published in 1884 in the Electrical World, which he wrote in collaboration with Dr. Kennelly, was among the first primers on electrical subjects appearing in any language. His "Dictionary of Electrical Words, Terms and Phrases" and "Electricity in Every-day life" are well known today. It was Professor Houston who presented the first paper before the Institute in 1884, "Some Notes on Incandescent Lamps," which dealt with the "Edison effect" and aroused a great deal of comment. The electronic tube is based upon this discovery. In Houston's later years, he began to write fiction, and published a number of novels including Five Months on a Derelict and At School in the Cannibal Islands.

Retrieved from "https://ethw.org/w/index.php?title=Edwin_Houston&oldid=176709"
Categories:
This page was last edited on 4 September 2019, at 17:02.
About ETHW
Policies and disclaimers