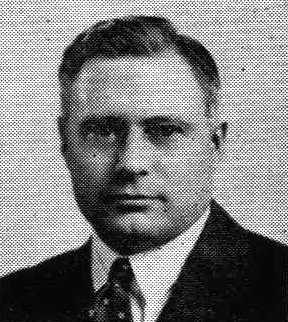 Richard J. W. Koopman (AIEE AM-1936, M-1949, IEEE F-????, LF-????) was a member of the St. Louis Engineer's Club in 1947. He was a charter member of the student branch at Missouri School of Mines in 1927 and received a BSEE from the University of Missouri in 1928. He went on to receive a PhD from Mizzou in 1942, the first such degree from the university. He was a Registered Professional Engineer. In 1941 he was a Professor at the University of Kansas and appeared in their yearbook The Jayhawker with the AIEE Student Branch. He was Professor and Chairman of the Department of Electrical Engineering at Washington University in St. Louis from 1949 to 1965 where he was the first Samuel C Sachs Professor of Electrical Engineering. He was Chairman of St. Louis Section of AIEE in 1957.

Koopman, Electric Motors Supplied by Nonsinusoidal Voltages, 1966. The report covers a study to represent electric motors on analog computers, with the representation being usable when the motor is supplied by nonsinusoidal voltages. Such a representation is of particular interest when matching characteristics of static inverters and motors powered from them.

Retrieved from "https://ethw.org/w/index.php?title=Richard_John_Walter_Koopman&oldid=146948"
Categories:
This page was last edited on 24 February 2016, at 19:35.
About ETHW
Policies and disclaimers