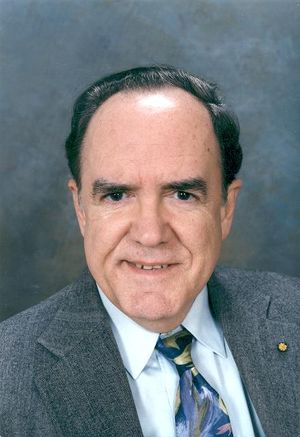 Oscar N. Garcia was born in Havana, Cuba on September 10, 1936 and emigrated to the U.S. in 1958. He received the B.S. and M.S. degrees from North Carolina State University, and the Ph.D. from the University of Maryland, all in the field of Electrical Engineering. Dr. Garcia is Professor of Electrical Engineering and Computer Science at The George Washington University, Washington, D.C., having joined the faculty in 1985. He is currently on leave from his teaching post while serving as Director of the Interactive Systems Program at the National Science Foundation (NSF), where he also served as Program Director for Engineering in the Education and Human Resources Directorate.

Early in his career, Dr. Garcia was an engineer with IBM in the days of the IBM/360 design. He was a member of the faculty at Old Dominion University between 1963 and 1970, during the founding of its School of Engineering. From 1970 to 1985, he was at the University of South Florida, as Associate Professor, Professor, and first Chairman of the Computer Science and Engineering Department. There he initiated courses and curricula for the University's newly established computer programs. Dr. Garcia has published in a number of the IEEE Transactions: Speech and Audio Processing; Education; Computers; Knowledge and Data Engineering; and Information Theory. In 1991, he co-authored Knowledge-Based Systems: Fundamentals and Tools.

Dr. Garcia has been an active IEEE volunteer at the Society, Committee, and Board levels. Some of his IEEE positions include: member of the IEEE Board of Directors as Division V Director (1984-85); President of the Computer Society (1982-83); a member of the Nominations and Appointments Committee (1985-86); the Regional Activities Board (1985); the Technical Activities Board (1981-85). Within the Computer Society, he created and led its Committee on Public Policy. Dr. Garcia's activities within the U.S. Activities Board have included the Technology Policy Conference Committee, which he chaired from 1989 to 1991, and the Engineering R&D Committee. Dr. Garcia was awarded the grade of Fellow of the IEEE in 1984 for his work on arithmetic coding theory and for contributions to Computer Science and Engineering Education. He is also a Fellow of the AAAS. He served several terms as a Director of the American Federation of Information Processing Societies. He received the Special Group Award for his work in the Computer Science and Engineering Model Curricula, the Merwin Award for Distinguished Service to the IEEE Computer Society, and a Professional Leadership Award from the IEEE U.S. Activities Board.

Dr. Garcia's research interests were in artificial intelligence with emphasis on speech recognition, human-computer interaction, software engineering, knowledge acquisition and representation, and many-valued logics to represent uncertainty. He has worked in computer architecture and parallel processing, testing of digital circuits, and arithmetic codes. He developed popular courses, taught in the U.S. and Japan, on artificial intelligence and expert systems. In the summers of 1990 and 1991, he directed NSF sponsored Summer Institutes on Artificial Intelligence for university faculty from institutions throughout the U.S. He has been an advisor to the Louisiana Board of Regents and to the North Carolina State University on programs related to computer science.

Dr. Garcia was married to Diane Journigan Garcia. They have two daughters, Flora and Virginia.

Retrieved from "https://ethw.org/w/index.php?title=Oscar_N._Garcia&oldid=173025"
Categories:
This page was last edited on 29 January 2019, at 15:58.
About ETHW
Policies and disclaimers