In 1902, the AIEE formulated rules for the establishment of Sections and Student Branches outside of New York. At that time, a group of electrical engineers in the Twin Cities, including George Shepardson, Edward Burch, Frank Springer and Charles Pillsbury requested the institute to establish a Section in their area.

On April 7, 1902, a charter was issued for a Minnesota Section, covering the territory: part of Wisconsin, Minnesota and North and South Dakota. Dr. George Shepardson was the Chairman from 1902 to 1905. This was the second Section of the Institute, Chicago being the first.

Women in Engineering in the Twin Cities

In 1993, the Twin Cities Section commemorated women in engineering in the section. Below are pictures documenting the exhibit. 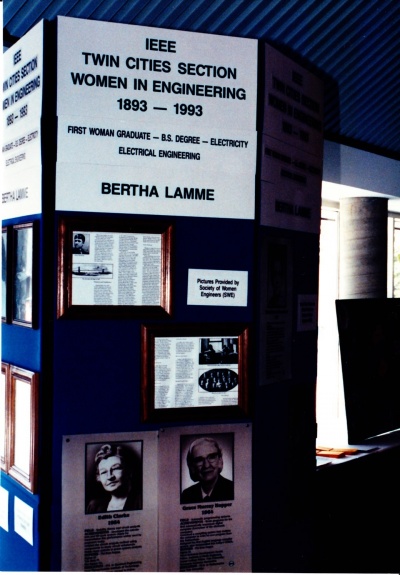 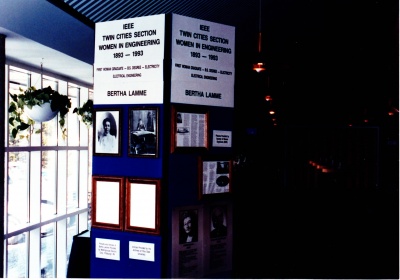 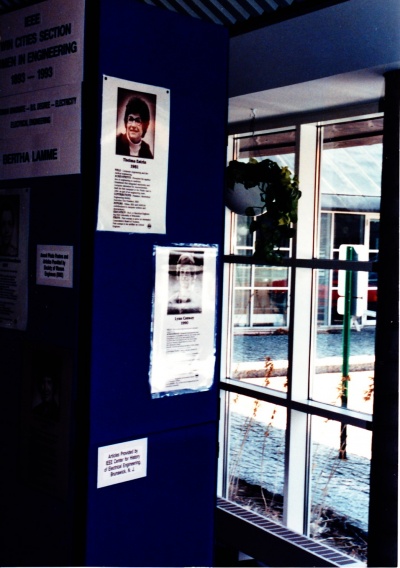 Retrieved from "https://ethw.org/w/index.php?title=IEEE_Twin_Cities_Section_History&oldid=187027"
Categories:
This page was last edited on 20 December 2021, at 19:17.
About ETHW
Policies and disclaimers