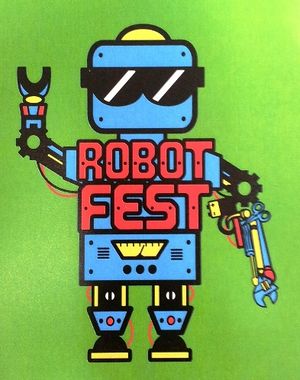 The Birth of RAS[edit | edit source]

The year 2007 can be considered the 20th year of existence of the IEEE Robotics and Automation Society (RAS). It might be then useful for the younger generation to know how the birth of RAS came about. I was very close to the RAS’s birth because my position as President of the IEEE Robotics and Automation Council (RAC) in 1987 required me to assist in the transition from Council to Society. I prepared the following brief notes based on my 1983–1989 IEEE files.

The initial IEEE Robotics and Automation (R&A) entity, the RAC, was founded on 13 December 1983, and began operations in 1984, led by George Saridis, who was elected the first RAC President. The existence of the council was justified by the growing number of R&A papers, tutorial and workshop proposals submitted to the IEEE Control Systems Society (CSS), the Computer Society, and other journals and by the overall growing interest in industrial and R&D-oriented R&A.

Unlike IEEE societies, whose membership is made up of individual IEEE members, the members of IEEE Councils are societies. The eight founding societies of the RAC were Aerospace and Electronic Systems; Circuits and Systems; Components, Hybrids, and Manufacturing Technology; Computers; Control Systems; Industrial Electronics; Industry Applications; and Systems, Man and Cybernetics. Saridis and many others of the original RAC officers were from CSS, where I had previously chaired the CSS R&A Committee. The representatives of the eight sponsoring societies constituted the voting members of the Council Administrative Committee (AdCom), and occasional nonvoting observers or guests participated in RAC meetings. The RAC was established to provide focus for IEEE activities in the R&A field. The Council authorities, procedures, and duties were formulated in a Constitution and Bylaws following IEEE standards and rules. The Council had two meetings per year, chaired by the Council President elected each year by the RAC AdCom.

The RAC initiated and sponsored three major activities and products to help create accessible and measurable data and impressions for R&A interests within IEEE and even beyond:

During the first three years, products and activities of RAC clearly showed a rapid growth of interest in R&A.

Attendance of ICRA increased very rapidly. For instance, the attendance in 1986 with over 800 attendees, was nearly double the 1985 attendance, and there was significant broadening of the geographical, international, and institutional distribution of attendees. In 1986, there were 132 attendees trom outside the United States from 19 countries and 700 attendees from 36 of the United States. Also, participants from industry and research institutions outnumbered participants from academia.

There was unexpectedly large readership, nearly 8,000 subscribers in 1986 of our IEEE Journal of Robotics and Automationl, sponsored by RAC, together with a dramatic increase in submissions. In 1987, the journal went from quarterly publication to bimonthly publication, resulting in a 40% volume increase of the journal pages over 1986.

Based on these very revealing lacts, the 1986 RAC President Richard (Lou) Paul received a letter Irom the IEEE Boston section, from Michael Whitelaw, Director, Region 1, Asking for RAC to become a society. This request was approved by the RAC at a meeting chaired by Lou Paul in Milwaukee, WI, on September 29, 19~6. Since Antal was elected for the 1987 RAC presidency, his main duty then became to carry out the required procedures for transition Irom council to society in 1987.

First, in cooperation with the IEEE Technical Activities Department and a vendor, Number Crunchers, Inc" a detailed survey questionnaire was prepared regarding the need for an RAS within IEEE. The company mailed about 12,000 questionnaires on April 25, 1987 to individuals-more than 8,000 in the United States and over 3,000 in other countries. Closing date for the responses was July 24,1987. The names and addresses were drawn from the list of subscribers to our IEEE Journal of Robotics and Automation, the list of our ICRA conference attendees in previous years, and the IEEE technical profile list titles that I marked up. The overall response rate was 25%; the response rate from U.S. respondents was 26%, and 21% was from foreign respondents. According to the IEEE, these response rates were very acceptable for a mail survey, particularly for one conducted over a short period of time. An 11 page detailed analysis of the survey results provided by Number Crunchers to RAC and IEEE on August 20, 1987 indicated that about half the respondents identified themselves as R&A professionals. Around 96% of these belived there was a need for an RAS within the IEEE.

Presidents of the Robotics and Automation Council

Presidents of the Robotics and Automation Society

This article was published in the March 2007 edition of IEEE Robotics & Automation Magazine, primary author was Antal Bejczy.

Retrieved from "https://ethw.org/w/index.php?title=IEEE_Robotics_%26_Automation_Society_History&oldid=178218"
Category:
This page was last edited on 30 January 2020, at 14:50.
About ETHW
Policies and disclaimers