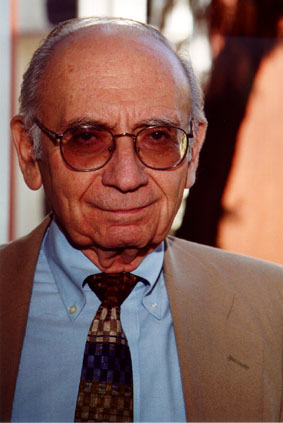 Dr. George A. Bekey’s career of more than 40 years has significantly advanced the art of robotics and automation. His groundbreaking research and teaching in biomedical engineering, robotics and system identification have greatly influenced the direction of such areas as humanoid development, human-robot interaction, and coordination and control of multiple robots.

Now professor emeritus in the computer science and biomedical department at the University of Southern California (USC) in Los Angeles, Dr. Bekey founded USC’s robotics research and teaching program, gaining both space and funding for the early robots and computers created in the school’s Robotics Research Laboratory. In his initial work, which was years before the current interest in automated transportation, he and his students modeled the behavior of human drivers in single auto lanes. His mathematical models in medicine and biology included those for respiration in the human fetus and adult and for human and animal gaits. This work also included the use of expert systems to diagnose gait malfunctions.

Dr. Bekey designed and built a number of robotic multi-fingered hands and the first quadruped walking robots in America, years ahead of similar efforts. He developed a knowledge-based approach to grasping, a key contribution to understanding the control dynamics of prosthetic hands. He also studied control architectures for groups of robots inspired by biology.

Dr. Bekey introduced the notion of parameter identifiability and near identifiability, which were used to assess the real-time health and structural behavior of large, flexible structures in space.

He has published more than 240 technical papers and two books, and has edited or co-edited eight books.

Retrieved from "https://ethw.org/w/index.php?title=George_A._Bekey&oldid=145861"
Categories:
This page was last edited on 26 January 2016, at 15:45.
About ETHW
Policies and disclaimers