The Macua section is located in Region 10, and is not represented by any Council. The Official Inauguration of the IEEE Macau Section was held on February 17, 2004. The event was hosted by Arthur Winston, 2004 IEEE President.

The IEEE President 2006 - Prof. Michael Lightner visited the Section, and presented to members on 11 January, 2006

A joint chapter of the Antennas & Propagation and MTT Societies was established in November 2010.

A joint chapter of the Power & Energy Society and Power Electronics Society was established in August 2013. 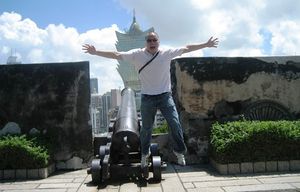 The University Education for Macau was:

Retrieved from "https://ethw.org/w/index.php?title=IEEE_Macau_Section_History&oldid=186805"
Categories:
This page was last edited on 2 December 2021, at 21:09.
About ETHW
Policies and disclaimers