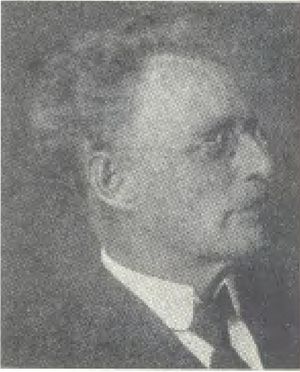 CHARLES Eugene Lancelot Brown, famous Swiss engineer and organizer of Brown, Boveri and Company, was elected on January 12, 1912, to be an Honorary Member of the Institute. He was born in Switzerland in 1863, the son of an engineer of exceptional ability. After a year's apprenticeship, he organized an electrical department in the locomotive plant at Basle, and in 1874, at the age of 20, he entered the service of the Oerlikon Engineering Works, for which, 2 years later, he became director of the electrical department. In 1885, he conceived a type of armature winding for rotating machines now commonly used. The following year he undertook d-c high-voltage transmission, developing several unusual features of equipment. Turning to a-c machinery, in 1889, he designed some of the first oil-insulated transformers, and produced generators suitable to the new requirements. In 1891 he organized his own concern of Brown, Boveri and Company, at Beden, Switzerland, where he took up the development of the revolving-field type of alternator. The following year the concern undertook the commercial production of induction motors. Among the many developments which Mr. Brown pioneered, the introduction of slow-speed machines was one most frequently connected with his name. He did much original work in the design of switch and control gear, and in the development of the steam turbine. In 1900 he became president of the board of directors of Brown, Boveri and Company, retaining this position until 1911 when he retired. In 1912 a honorary doctor's degree was conferred upon him by the technical college of Karlsruhe. His death occurred May 2, 1924.

Retrieved from "https://ethw.org/w/index.php?title=Charles_Eugene_Lancelot_Brown&oldid=145452"
Categories:
This page was last edited on 20 January 2016, at 16:29.
About ETHW
Policies and disclaimers