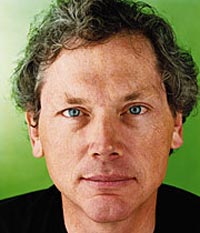 Bill Joy is a well-known computer software engineer, businessman, and futurist. He was born in Detroit, Michigan in 1954, and received a B.S.E.E. in Electrical Engineering from the University of Michigan in 1975. He then moved to California and received a M.S. in Electrical Engineering and Computer Science from the University of California, Berkeley. Joy has been an important figure in the recent history of modern computing. While at Berkley he played a central role in the development of Berkeley Unix, the basis for many current forms of the UNIX operating system, and in 1983 he founded Sun Microsystems, one of the leading software companies in the United States. He served as CEO and chief researcher for Sun until 2003, when he resigned in order to pursue other opportunities. His other important contributions include the development of the TCP/IP protocol, the SPARC microprocessor, and the Java programming language.

More recently, Joy has made a name for himself as a leading voice warning of the potential dangers of advanced science. In 2000, the same year that the federal government launched the National Nanotechnology Initiative, Joy published an article in Wired magazine that described what he saw as the potential dangers of nanotechnology, genetic engineering, and other advanced technologies. The article, “Why the Future Does Not Need Us,” brought the potential dangers of nanotechnology to a broad audience for the first time. Influenced by the writings of Theodore Kaczynski, the so-called Unabomber, and Eric Drexler’s Engines of Creation, Joy argued that self-replicating nanobots, intelligent robots, and other potential advances in technology might one day prove too difficult for society to safely manage. Terrorists, for example, might design massively destructive biological weapons, while a self-replicating “gray goo” made from nanobots might ravage the earth. As a result of such risks, Joy argued, there are some lines of research that scientists simply should not pursue. Society must, he argued, “limit development of the technologies that are too dangerous by limiting our pursuit of certain kinds of knowledge.” The article was, as one observer put it, “a Cassandra cry about the perils of 21st-century technology and a striking display of ambivalence from a premier technologist.”

Joy has proposed a variety of remedies to address his concerns. He argues, for example, that companies involved in risky areas of research be forced to take out insurance policies, and that science guilds should have the authority to limit access to potentially dangerous lines of research. The impact of his warnings is difficult to discern: on the one hand, some scientists dismiss his arguments as the claims of a neo-Luddite who is, as a software engineer, unqualified to speak on complex issues related to biotechnology. Others, however, argue that his efforts have played an important role in moving nanotechnology research away from the molecular manufacturing approach favored by Drexler and his followers and toward “top down” models that might be easier to control. As a recent article in Wired argued, discussing the impact of his original essay, “suddenly, nanotech replaced Y2K as the nightmare du jour. And this in turn inspired some scientists, hoping for funding, to push a very different approach—not the bottom-up vision of molecules manufacturing things, but a top-down system of human-controlled machines making ever smaller stuff.” According to this perspective, Joy’s arguments also helped drive federal funding away from the molecular-manufacturing approach to nanotechnology as scientists sought to avoid panicking lawmakers and the public.

Although causing considerable controversy, Joy’s views on the potential dangers of advanced technology are just one part of a long career working to advance human knowledge. Joy has received a variety of awards for his work in the software industry, including the MCI WorldCom Information Technology Leadership Award for Innovation in 1991 and the Computerworld Smithsonian Award for Innovation in 1999. In 1997 he was appointed by President Clinton to be Co-Chairman of the Presidential Information Technology Advisory Committee, and he is a fellow of the American Academy of Arts and Sciences. In 2003 he left Sun Microsystems and founded the capital venture company HighBar Ventures. He currently lives in Aspen, Colorado, with his wife and four children.

Retrieved from "https://ethw.org/w/index.php?title=Bill_Joy&oldid=145378"
Categories:
This page was last edited on 19 January 2016, at 16:55.
About ETHW
Policies and disclaimers