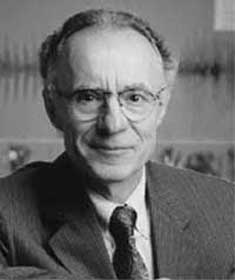 Arno Allan Penzias was born in Munich, Germany on 26 April 1933, the eldest son of Karl and Justine Penzias. Because of the rise of Hitler and their Polish-Jewish decent, the elder Penzias sought ways of getting the family out of Germany. When the British government agreed to accept 10,000 Jewish children on humanitarian grounds, young Arno and his brother were put on the kindertransport. Their parents were able to join them several weeks later. Several months later the family headed for New York City, settling there in early 1940.

As a child Penzias’ attended public schools in the Bronx, New York. As a teenager, he attended Brooklyn Technical High School, a specialized public school for boys and then matriculated at City College of New York planning to study chemical engineering. However, Penzias abandoned chemistry for physics in his freshman year, and, in 1954, graduated near the top 10% of his class at CCNY. An impressive accomplishment, but well behind most of his fellow physics majors.

After graduation, Penzias served for two years as a radar officer in the U.S Army Signal Corps. Penzias’ Army experience helped him obtain a research assistantship in the Columbia University Radiation Laboratory, which was then heavily involved in microwave physics. There, Penzias worked under Charles Townes who would go on to invent the maser, which then inspired creation of the laser. In 1956 Penzias enrolled as a student at Columbia and by 1962 had earned a Ph.D.

Shortly after leaving Columbia, Penzias became a full-time member of the Bell Labs technical staff. He conducted research in radio communications and took part in the pioneering Echo and Telstar communications satellite experiments. As a researcher, he focused on radio astronomy, radio transmission, satellite communications, and radio reception.

In 1963 Bell Labs hired another radio astronomer, Robert Wilson, who came from the California Institute of Technology. By 1964, Penzias and Wilson were using the most sensitive radio astronomy antenna available to conduct research in radio astronomy and satellite communications. The pair discovered that a faint signal pervaded all space and set out to find what this noise was. Systematically they eliminated different possible sources of the noise and determined that the universe was itself the source. Princeton University physicist Robert H. Dicke who had been the first to propose the idea of "cosmic background radiation" remaining from the initial Big Bang that gave rise to the universe concurred with the findings of Penzias and Wilson. This was a fundamental breakthrough in understanding the origin of the universe and Penzias and Wilson were rewarded with the 1978 Nobel Prize in Physics for it.

In Penzias' prolific, multi-faceted career, he has written more than 100 scientific papers, two books, two science fiction stories, numerous technical and business articles, and holds more than a dozen patents. In addition to the Nobel Prize, he has garnered many other awards. He was elected to the National Academy of Sciences and the National Academy of Engineering and he and Wilson received the NAS Henry Draper Medal in 1977 for outstanding original investigations in astronomical physics. He was awarded the Herschel Medal by the Royal Astronomical Society, 1977. In addition, Penzias continues to serve as vice chairman of the Committee of Concerned Scientists, a national organization devoted to working for the political freedom of scientists in countries where it is endangered.

Retrieved from "https://ethw.org/w/index.php?title=Arno_Allan_Penzias&oldid=145290"
Categories:
This page was last edited on 18 January 2016, at 17:25.
About ETHW
Policies and disclaimers