This article was initially published in Today's Engineer on August 2004

As the pageantry and excitement of this year’s Olympic Games in Athens, Greece draw near, it is an ideal time to consider some of the technological advancements created for or emerging from past Games. Four such advancements-- timing consistency, televised broadcast, electronic timing and virtual imaging-- improved the accuracy and the enjoyment of the Games for athletes and spectators, and led to technological innovations in other venues long after the Olympic competitions ended. 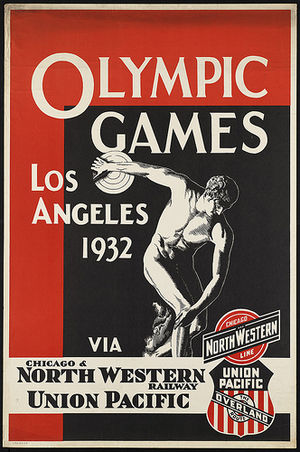 Since the beginning of the modern Games in Athens in 1896, judges supplied their own stopwatches and served as timekeepers. This practice turned out varying degrees of accuracy and legitimacy in results. But official automatic timing was introduced at the 1932 Los Angeles Games, when Omega unveiled its Olympic chronograph with a fly-back hand. This introduction marked the first time in the history of the Games that a single manufacturer supplied identical stopwatches with observatory precision-rating certificates for timekeeping, and it increased the accuracy and reliability of results dramatically. 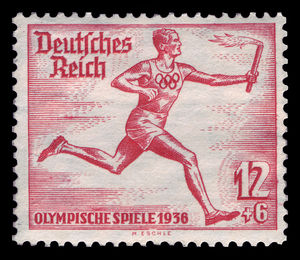 The 1936 Berlin Olympics were not only the first Games televised, but were also the first televised sporting event. Thousands of local residents watched the Games free on 25 large screens housed in newly constructed television halls around Berlin. A receiver placed in the Olympic Village enabled the athletes to view the competition. Unfortunately, problems occurred with the broadcast images. For example, because of a weak signal from the main stadium, viewers typically were only able to see dark-colored horses at the polo events, giving rise to the quintessential term “dark horse.”

London hosted the first summer Games in 1948 after World War II. These Games were the first to be shown on home television. The British Broadcasting Company (BBC) purchased the rights to transmit the Games at a cost of US $3,000 to an official audience of 500,000 people within the British Isles. The media stayed in government buildings that had been temporarily converted for the Games after the war, and broadcast many of the events to the limited television audience, while radio coverage continued globally. Of course, today’s cable, satellite and Internet outlets, along with broadcast television, cover every aspect of the Games in real time for spectators around the globe. 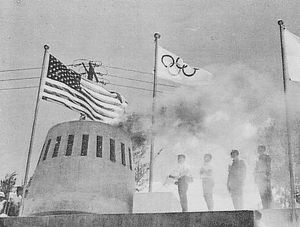 The theme of the 1964 Tokyo Games-- the first to be held in Asia-- was Scientific Olympics. Befitting this theme, the official timer of the Tokyo Games, Seiko, unveiled its new, fully electronic automated timing system, which boosted accuracy tremendously. The system linked a starting pistol with a quartz timer and a photo-finish apparatus to record finish times, making it possible to record results down to 1/100th of a second. Since then, the company has served as the official timer of dozens of other international athletic events, including four other Games-- most recently the Salt Lake City Winter Games in 2002.

Seiko credits the company’s technology development for the Games during the early 1960s as the impetus for its other timing technology innovations. In 1969, Seiko created and marketed the Seiko Astron, the world’s first commercial quartz wristwatch (and an IEEE Milestone), based on technology developed for the 1964 Games. 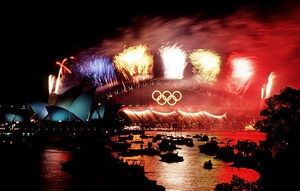 Fireworks over the Sydney Harbour Bridge during closing ceremonies of the Olympics games in Sydney, Australia.

Olympic broadcasting reached new heights at the Sydney Games in 2000. Orad Hi-Tec Systems Ltd., a world leader in virtual set technologies, advertising and sports broadcasting tools, introduced the first use of virtual imaging in Olympic competition. Its Virtual World Record Line debuted during Australian Nine Network’s television and Web coverage of the Olympic qualifying swimming trials. The line, connected directly to the electronic timing in the event pool, featured a superimposed line on the water’s surface and graphics depicting existing world records. These graphics enabled viewers to watch athletes approach and exceed the current world record as the events unfolded. Adding to the excitement, Orad expanded their visual imaging innovations for the swimming events by combining the superimposed Virtual World Record Line with the illusion of a submerged flag in each swimming lane to represent the athletes' home countries.

This virtual imaging technology has been adapted for other athletic events. Orad and other companies have used graphics for track & field, cricket and other events, and televised American football games now feature a superimposed graphic of the 10-yard line to show how far the team with the ball must advance to get a first down.

After their success at the Sydney Games, NBC Sports and Olympics Chairman Dick Ebersol declared Orad’s graphics to be “one of the greatest advances in Olympic television ever.”

Retrieved from "https://ethw.org/w/index.php?title=Technological_Innovations_and_the_Summer_Olympic_Games&oldid=174704"
Categories:
This page was last edited on 1 April 2019, at 20:34.
About ETHW
Policies and disclaimers