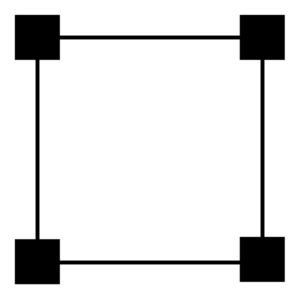 Engineers in the 1960s reasoned that if two-channel stereo was good, three or more channels would be better. The problem was that radio, records, and tapes could not easily handle more than two channels. But with some clever inventing, engineers solved these problems and created some short-lived, but definitely groovy, home audio systems.

A short-lived four-channel system appeared in the 1950s for use in conjunction with FM broadcasting, but the FCC declined to approve it for commercial use. When stereo came along in the late 1950s, some people claimed that not only were their record collections obsolete, but now the equipment to play stereo cost almost twice as much. But the stereo sound caught on and pretty soon engineers were looking for the next big thing.

Quadraphonic home systems began to look more economically feasible after transistors and integrated circuits began to be more widely used in consumer audio equipment in the 1960s, bringing costs down. In 1970, the JVC company in Japan pushed forward with a new 4-channel phonograph technology, demonstrating its “CD-4” quadraphonic disc (not to be confused with the current Compact Disc). Other companies, most in Japan, tried to stir up interest in similar technologies for the home. Later, the Electrovoice, Sansui, and Sony companies introduced competing products.

They never decided on a standard four-channel system, and that was part of the reason why it never caught on. Even the names they used were confusing. Between 1970 and 1972, several other 4-channel systems appeared under various names and spellings, including Quadraphonic, Quadriphonic, Quadrophonic, Quadrisonic, Quadrasonic, and Tetrasonic. Just plain “Quad,” though widely used to describe these systems, was actually trademarked in 1962 by a renowned British electronics company (which in fact did not make 4-channel audio equipment!)

The systems that used tape simply put four separate, parallel sound tracks on a single length of tape. The systems that used records were more complex. One example of such a system used what looked like an ordinary stereo LP record. In addition to the first two channels, two additional channels were recorded as high-frequency signals (so high that they could not be heard by humans) on top of the audio-frequency grooves. Special electronic converters detected the high frequency sounds and converted them electronically back to two audio-frequency signals. Each of the four signals was fed to a separate section of the amplifier and then to a separate loudspeaker. All this required a lot of money and a big living room.

In 1974, there were still only 400 albums available in the various quad formats. Special integrated circuits developed by Motorola helped bring the price of a quad system down, but not enough to save the technology. In 1975, the record companies that had offered four-channel products began dropping them, and stereo equipment retailers began selling off their inventories at a discount.

Quad would not die. It lived on in special tape recorders that were originally intended for home music listening, but were later used by musicians to set up home studios. It also lived on in movie theaters, where it was renamed “Sensurround” (used in the movie, Earthquake). Then, in the 1990s, quad was revived for the home when videos and laser discs began to be released in the Dolby company’s “Surround Sound,” which was similar to the quad phonograph discs of the 1970s.

Retrieved from "https://ethw.org/w/index.php?title=Quadraphonic_Stereo&oldid=154679"
Categories:
This page was last edited on 12 April 2017, at 13:51.
About ETHW
Policies and disclaimers