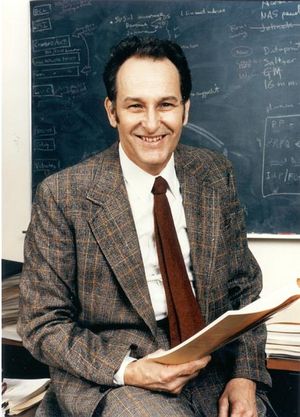 Paul E. Green Jr. was born on January 14th 1924, in Durham, NC. He obtained the BA in Physics from the University of North Carolina in 1944, the MS in Electrical Engineering from North Carolina State University in 1948 and the D.Sc. degree from MIT in 1953.

From 1951 to 1969, Dr. Green was at MIT's Lincoln Laboratory. In 1969 he joined the IBM/T.J. Watson Research Center in Yorktown Heights, New York, where he was the manager of advanced optical networking. At MIT, his 1953 doctorate thesis led to the first operational spread spectrum system, the Lincoln F9C system. In 1957 he and Robert Price invented and prototyped the Rake anti-multipath receiver, the first channel-adaptive receiver structure and a forerunner of today's adaptive modems. Next, he and his colleagues, treating radar detection and measurements on planets as still another communication channel problem, did extensive theoretical and experimental work, including Dr. Green's invention of planetary range-doppler mapping, which rapidly became the major tool in studying planets from the earth and from spacecraft.

In 1964, Dr. Green and his group turned to the seismic discrimination work for which the 1991 Simon Ramo Medal was awarded. This involved the communication channel, lying between a seismic receiving system and a distant source that could be either an earthquake or an underground explosion. Ever since the Limited Nuclear Test Ban Treat of 1963, the issue of on-site inspection and its possible avoidance by sophisticated remote sensing has been the central technical challenge to extending the prohibition to include underground nuclear tests. To the extent that the reliable bomb-earthquake discrimination can be carried out remotely for small enough seismic events, the need for deception-proof on-site inspection is proportionately decreased.

Dr. Green and Lincoln Lab proposed to the Advanced Research Projects Agency in 1964 that the existing art of seismic arrays, at the time only a fraction of a seismic wavelength in diameter (several kilometers), be extended by increasing the diameter by 1 to 2 orders of magnitude and that modern digital instrumentation and signal processing techniques be applied to this problem for the first time.

Accordingly, in 1965-66, ARPA's 200 kilometer Large Aperture Seismic Array (LASA) was implemented under Green's leadership in eastern Montana. Experience with detectability and discrimination improvements using LASA led ARPA and Lincoln to initiate, in 1967, a second array (NORSAR) in central Norway. While the Montana LASA is no longer operating, both arrays have been major tools in the art and science of arms control and have been employed to gain new knowledge of the earth's interior as well.

Dr. Green is a Fellow of the IEEE (1962) and a member of the National Academic of Enginering (1981). He is the recipient of a number of awards, including the IEEE Aerospace and Electronics Society Pioneer Award (1981), the Distinguished Alumnus Award of North Carolina State University (1983), the IBM Outstanding Innovation Award (1986), and the Edwin H. Armstrong Award of the IEEE Communications Society (1989).