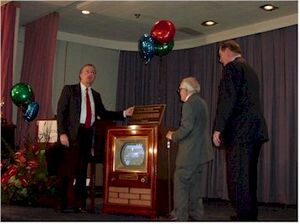 The plaque can be viewed in the Sarnoff Research Center, 201 Washington Rd., Princeton, New Jersey, U.S.A.