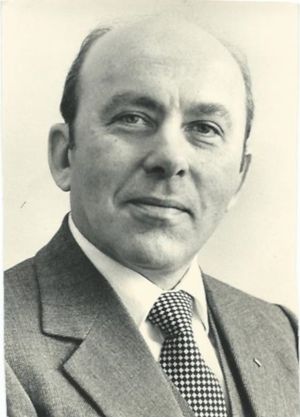 Irv has considerable management experience and was a past-president of the IEEE Engineering Management Society. He has served as a member on the IEEE Board of Directors and on all IEEE major boards, and some society AdComs, including several years as ex-officio member of the CASS BoG and the EDS AdCom. He chaired numerous IEEE Committees with distinction. His interest in the fields of these societies dates back to his research and teaching related to these subjects, and his experience with RCA – the Radio Corporation of America. He was elected as a full member of Sigma Xi – The Scientific Research Society. Irv was an NSF Faculty Research Fellow and did research at the Princeton Neuropsychiatric Institute where he studied the electrical activity of the brain, and how to utilize circuits and devices in cybernetics, and in neuro-psycho-pharmacology. He served as Chair of a society Fellows Committee, and as Distinguished Lecturer Coordinator. Irv conducted strategic planning for several IEEE societies. He was elected IEEE Parliamentarian, and was the only person to have formally served as IEEE Presidential Advisor. Irv has substantial IEEE governance experience. Previously he held senior executive leadership positions in industry (RCA) and academe, including Full Professor and Associate Dean of Engineering and Technology at the University of Nebraska at Lincoln (UNL) and concurrently as Dean and Director at the University of Nebraska at Omaha (UNO). He previously served as faculty member and Dean at Newark College of Engineering (NCE) – New Jersey Institute of Technology (NJIT), where he developed several new degree programs.

Irv has lectured on six continents; and has given testimony on international technology transfer to an US Congressional Committee, which was reported in the Congressional Record. He spoke seven languages and served as a linguist with the US Army; Affiliate to the United Nations Economic and Social Council; Member, State of New Jersey Higher Education Master Planning Committee; and Member, Omaha Nebraska Chamber of Commerce Free Enterprise Task Force. He held positions in IEEE, AAAS, ASEE, and served on the Eta Kappa Nu Board of Directors. Dr. Engelson was elected to several academic and scientific organizations and was the recipient of many recognitions, awards, and honors. His memberships include Eta Kappa Nu (HKN), Tau Beta Pi, Sigma Xi, and the New York Academy of Science. He was the second non-Russian to be named an Honorary Member of the Russia Popov Society which was the highest honor it can bestow. HKN honored him for "exemplary leadership,” IEEE-TAB for “innovative leadership,” and the IEEE Board of Directors for “management leadership.” He was awarded the IEEE Centennial and Millennium medals. The Engineering Management Society named him “Engineering Manager of the Year” and the Computer Society Board of Governors recognized him for “Grateful Service to IEEE Societies.” Engelson was also the recipient of the 2006 Systems, Man, and Cybernetics Society, Outstanding Contribution Award.

Podbrodz - As I Remember, a memoir on Engelson's early life surviving the Holocaust

Your Society and TAB, An Introduction to Society Leadership training tape, by Irving Engelson

Retrieved from "https://ethw.org/w/index.php?title=Irving_Engelson&oldid=179579"
Categories:
This page was last edited on 4 May 2020, at 17:47.
About ETHW
Policies and disclaimers