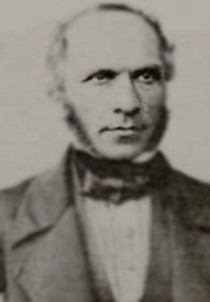 Darcy in his later years 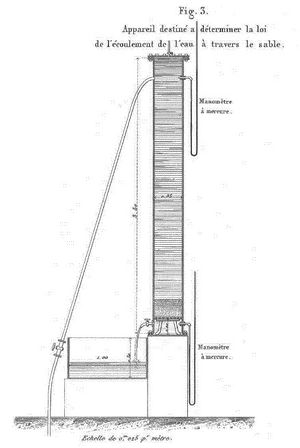 Darcy’s Law describes the linear movement of fluids in laminar flow through a porous media. It represents one of the most important principles in hydraulic engineering and finds application in the study of petroleum formations and calculations for the estimation of petroleum recovery volumes from reservoir rocks.

In the late 19th century when the petroleum industry was already an important player in the global energy market, very little research focused specifically on the geology of petroleum and its mechanism of migration and deposition in the subsoil was conducted. This condition was given by the then (but close to end) relative abundance of discoveries of conventional reservoirs and detected almost always by mean of surface geological evidence (e.g. seepages, anticlines and synclines). However, in the early 20th century, the emerging petroleum geology and engineering disciplines could benefit by the studies carried out in the previous centuries by the natural philosophers who analyzed the underground behavior of waters, which eventually provided the scientific basis for subsequent studies on hydrocarbon deposit mechanics. In 1691, Bernardo Ramazzini (1633-1714) was the first to acknowledge the nature of the artesian wells of Modena (Italy), and to identify the flow mechanism of waters through sand. In 1715, Antonio Vallisnieri (1661-1730) expanded on Ramazzini’s observations and formulated a theory on the cycle of underground water using a modern scientific-hydrogeological language.

The earliest and seminal thesis on the measurement of the flow rate of liquids in porous media dates back to 1856, when the French engineer Henry Philibert Gaspard Darcy (1803-1858), a public servant employed at the Corps des ponts, des eaux et des forêts (Corps of Bridges, Waters and Forests) published the results of his experiments on the flow of water through beds of sand in Appendix D of his work Fontaines publiques de la ville de Dijon.[1] His equation is founded on four major influences on fluid flow: number of phases present, the compressibility of the fluid, the geometry of the flow system, and the time characteristics of the flow system. His column experiments showed that the total discharge is proportional to the total pressure drop divided by the fluid viscosity and that the linear coefficient, called permeability, is intrinsic to the investigated porous layer. Darcy’s law is the equation that governs the flow of fluid in porous media, and over time, it has been expanded to the assessment of petroleum deposits.

The material balance (one of the earliest and most used technique employed in estimating oil reserves and the depletion of the amount of in-place and recoverable oil) can identify initial hydrocarbon in place, estimate production at various pressure, and explain the primary production mechanism. However, it cannot provide any data about the when the hydrocarbon will be produced. A derivation of Darcy’s law used extensively in petroleum engineering complements the material balance by determining the flow through permeable media - the simplest of which is for a one-dimensional, homogeneous rock formation with a single fluid phase and constant fluid viscosity. Darcy's equation can also be solved to estimate the rate of permeability (the propriety of the layer to transmit a fluid). The combination of Darcy’s law and the material balance results in a model capable of predicting flow rates of crude petroleum over time. For a century, Darcy’s Law allows for the precise estimation of potential oil recovery in the world.