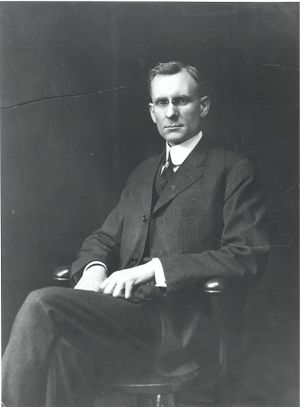 Charles F. Scott, AIEE President, 1902 - 1903, created a new method for phase transformation called the “Scott Connection.” In 1911, Scott became an electrical engineering professor at Yale University, and he served as the head of the Electrical Engineering Program at the university. 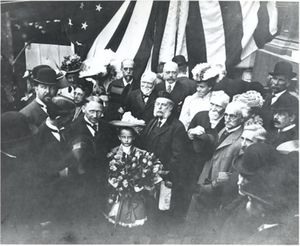 In 1911, Scott resigned from Westinghouse to become a professor and head of the Electrical Engineering Program of the Sheffield Scientific School at Yale University. During World War I, he and some Yale colleagues engaged in research related to antisubmarine warfare. He founded the AIEE Connecticut Section in April 1921 and served as its first Chairman. In 1929, Scott received the prestigious Edison Medal of the AIEE as recognition of his early contributions to the field of polyphase power transmission. The same year, he was elected an honorary member of the AIEE. He retired from Yale in 1933 and died in 1944 at age 80.

Retrieved from "https://ethw.org/w/index.php?title=Charles_F._Scott&oldid=173563"
Categories:
This page was last edited on 14 February 2019, at 16:00.
About ETHW
Policies and disclaimers