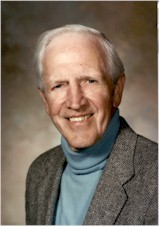 C. Chapin Cutler was born in 1914 in Springfield, Massachusetts. He was raised in a small town environment and was educated in the public school system. He developed an interest in engineering as a teen, when he built a “junk box” radio. After he graduated from high school, his parents were determined that he should attend college, though he would be the first in his family to do so. On the suggestion of a friend, he applied to Worcester Polytechnic Institute in Worcester, Massachusetts. At WPI he continued to pursue his interest in radio, both in and out of the classroom and, like many of his Depression-era classmates, supported himself with odd jobs. He received a BS degree in 1937 and then took graduate courses at Stevens Institute of Technology, Hoboken, NJ.

Except for two short academic sabbaticals, Cutler was engaged in research at Bell Laboratories, Inc., Deal, Murray Hill, and Holmdel, NJ, from 1937 until 1979. His research included contributions to short wave radio technology for overseas communication, microwave radar antennas, microwave amplifiers, satellite communication, and digital signal coding. He was been granted over seventy patents, including fundamental patents on Differential PCM. In some circles he is known as inventor of the "Cutler feed," a device for parabolic antennas that was widely used in both World Wars. He has been less well known as the inventor of the corrugated wave guide, corrugated antenna feed systems, and a variety of multimode antenna feeds, because his work on these was not declassified by the U.S. government for many years. He received early inspiration and guidance in his early work from association with John C. Schelleng, who had earlier contributed so much to the understanding of short wave radio propagation.

After the war, Cutler worked on microwave amplifiers, first on circuits using close-spaced triodes, and then on Traveling Wave Tubes. A very important factor in his success was his close association with Rudolph Kompfner, who invented the Traveling Wave Tube, and John R. Pierce, who contributed strongly to the theory of its operation and who invented the Pierce Electron Gun.

With the advent of Sputnik (1957) Cutler's interests turned to the possibilities of satellite radio relay systems. He shared in the management, design, and operation of Project Echo, the passive satellite experiment (1969), and of the Telstar active satellite (1962).

In 1952 Cutler became Head of the Electronics Research Department at Bell Laboratories, responsible for work on microwave electron tubes. He was appointed Assistant Director of the Electronics and Radio Research Laboratory in 1959, and then Director, Electronic Systems Research in 1963, and Director, Electronic and Computer Systems Research in 1973. In 1979 he retired from Bell Laboratories to work on acoustic imaging as a professor of Applied Physics at Stanford University, where his friend Calvin Quate also taught.

Cutler was awarded an Honorary Doctor of Engineering degree from Worcester Polytechnic Institute in 1975. He was a fellow of the IEEE, and a member of Sigma XI, the National Academy of Engineers, and the National Academy of Sciences. The IEEE awarded him the IEEE Edison Medal in 1981, "For his creative contributions to microwave electronics, space communications, and technology of communication systems." Cutler was also awarded the 1991 IEEE Alexander Graham Bell Medal.

Dr. Cutler very much enjoyed outdoor activity, especially hiking. He also dedicated time to his family, which included his wife of over 60 years, the former Virginia Tyler, and his son and daughter. Dr. Cutler passed away on 1 December 2002, in North Reading, Maine.

Retrieved from "https://ethw.org/w/index.php?title=C._Chapin_Cutler&oldid=145409"
Categories:
This page was last edited on 19 January 2016, at 19:47.
About ETHW
Policies and disclaimers