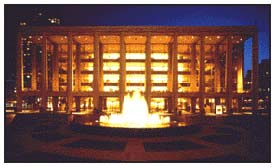 Today, Avery Fisher is best known for the auditorium in New York City that bears his name. The Avery Fisher Hall, part of the Lincoln Center cultural complex in upper Manhattan, houses the New York Philharmonic, a 106-member orchestra that plays 170 concerts a year to over a million people. The hall was named for Fisher in 1973, after he made a $10.5 million donation to the philharmonic. Fisher’s generosity ensured that millions would have the opportunity to experience the philharmonic long after Fisher was gone. Fisher’s philanthropy was in keeping with his lifelong mission to bring music to the masses. Although the music hall is the most famous manifestation of this mission, Fisher’s contributions included technical developments as well. His initial claim to fame was the development of the first transistorized amplifier and the stereo radio and phonograph combination, which revolutionized the way people both enjoy and access music.

Avery Fisher was born in Brooklyn, New York on 4 March 1906. A lifelong resident of New York City, he graduated from New York University in 1929. Upon graduation he worked for two publishing firms, G.P. Putnam’s Sons and Dodd, Mead & Company. It was while working in the publishing field that Fisher began toying with audio design. Fisher was an amateur violinist who loved music. Dissatisfied with the sound quality that the available radios offered, he set to work trying to find a way to produce better sound. By 1937 he had made significant improvements in the design of amplifiers, tuners, and speakers and established his first company, Philharmonic Radio.

In 1945 Fisher sold Philharmonic Radio and started a second audio company, Fisher Radio, which produced high-fidelity components from a factory that, ironically, sat on current site of Lincoln Center. Seeking the best and the brightest to design and build the equipment he envisioned, Fisher traveled to Europe and lured away audio technicians from European, especially German, companies.

In the mid-1950s Fisher made the two contributions to the electronic audio field that would make him both famous and wealthy. These were the first transistorized amplifier and, two years later, the first stereo radio-phonograph. From 1959 to 1961, the company made important improvements in AM-FM stereo tuner design, and it increased the power and improved the sensitivity of its components. Fisher was also an innovative entrepreneur. He sold his hi-fi components at premium prices, earning them a reputation as the Rolls Royce of sound equipment.

Fisher had always been most interested in the finer aspects of audio equipment. Thus, when the audio market veered toward mass merchandising and production in 1969, Fisher decided to get out. He sold the company to Emerson for $31 million. Emerson later sold the company to Sanyo of Japan. Fisher consulted for both Emerson and Sanyo.

As a philanthropist, Fisher sat on the boards of the New York Philharmonic, the Chamber Music Society of Lincoln Center, and the Marlboro Festival. Fisher died in New York City in 1994.

Retrieved from "https://ethw.org/w/index.php?title=Avery_Fisher&oldid=154744"
Categories:
This page was last edited on 12 April 2017, at 13:52.
About ETHW
Policies and disclaimers