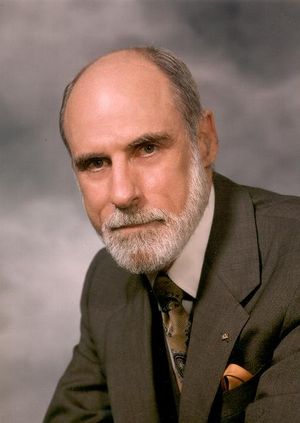 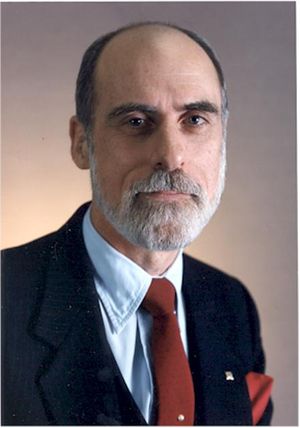 As early as 1969 Dr. Cerf and his colleague, Robert E. Kahn, were already working on the U.S. Defense computer network, ARPANET. In 1972, Dr. Cerf joined the faculty of Stanford University. With Dr. Kahn, he conceived the transmission Control Protocol/Internet Protocol (TCP/IP) suite, the key technical innovation that permitted the transformation of the original ARPANET into today's Internet. In 1974, they outlined the design of the internetwork protocols in a paper entitled "A Protocol for Packet Network Intercommunications;' which was published in the IEEE Transactions on Communications. While the details of the protocols have changed to some extent, the essential concept was fully articulated in that first paper and remains viable today, over twenty years later.

Dr. Cerf played a major role in managing the development of Internet-related data packet technologies and network security programs while with the U.S. Department of Defense's Advanced Research Projects Agency from 1976 to 1982. It was during this time that he formed the Internet Configuration Control Board (ICCB), which evolved into the Internet Architecture Board (lAB), the body responsible today for technical oversight of the Internet architecture and standards process.

Between 1982 and 1986, he was Vice President of Engineering for MCI Digital Information Services Company. In this capacity he was responsible for the design and implementation of MCI Mail, one of the first commercial electronic mail services.

Dr. Cerf returned to MCI Corporation as Senior Vice President of Internet Architecture and Engineering in 1992. He is responsible for the development of MCI's Internet network. Vinton Cerf is a Fellow of the IEEE, the Association for Computing Machinery, the American Association for the Advancement of Science, and the American Academy of Arts and Sciences. He has received numerous awards and commendations in connection with his work on the Internet. They include: the C&C Prize from the Foundation for Computer and Communication Promotion, the Industry Legend Award from the Computer and Communications Industries Association, the IEEE Koji Kobayashi Computer and Communications Award, the 1996 Computerworld/Smithsonian Leadership Award and the Silver Medal of the International Telecommunication Union.

One of the founders of the Internet Society, Dr. Cerf speaks to groups around the world about the Internet.

Dr. Cerf was co-recipient, along with Dr. Robert Kahn of the 1997 IEEE Alexander Graham Bell Medal 'For conceiving the Internet architecture and protocols, and for the vision and sustained leadership that led to the current Internet.'

Retrieved from "https://ethw.org/w/index.php?title=Vinton_Cerf&oldid=147352"
Categories:
This page was last edited on 1 March 2016, at 16:42.
About ETHW
Policies and disclaimers