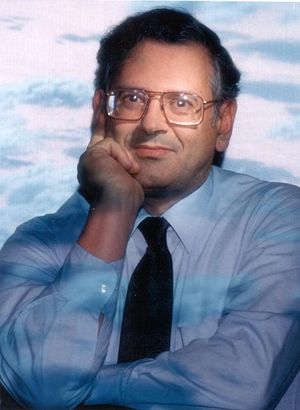 Native New Yorker Robert Kahn’s rise to prominent internet pioneer was not preordained. Born during the final years of America’s Great Depression, Kahn’s family moved from their Flatbush, Brooklyn, neighborhood to Flushing, Queens, around 1953, when he was about thirteen. Like many of the pioneers of the computer industry, Kahn was a precocious child, completing his high school’s accelerated program in three years, moving on to college at a young age. Kahn recalls that an unspecified heart condition his mother developed as a young child partially determined the course his life took. Due to her illness, and his father’s occupation as a teacher, he had to stay close to home. April 12, 1945, was a dark day for the Kahn family for two reasons. Like the rest of the nation's citizenry, they mourned the death of President Franklin Delano Roosevelt, but they also experienced the shock of Mrs. Kahn’s heart attack. Thankfully, it was not fatal.

After high school, Kahn enrolled in Queens College. He remained there for two years before transferring to City College, where he completed a bachelor’s degree in electrical engineering two years later. Kahn sees his undergraduate study at City College as point where he began to seriously think about his career. He did not like chemical lab work, he recalls, but always loved mathematics. In January 1960, he graduated and went to work for Bell Labs' offices in Manhattan. Later that year, Kahn received a fellowship from the National Science Foundation, and in September started graduate school at Princeton University. Princeton was a big change from City College. It was rural, more intimate, and more intense. Kahn did not know it at the time, but wrote two Ph.D. theses. He later received the second in the form of an honorary degree. While at Princeton, he ran the graduate school’s seminar series.

Upon finishing graduate school in 1964, Kahn contacted Peter Elias, the chairman of MIT’s engineering department in April or May, after they had made their fall commitments. Still, Elias invited him to visit. Impressed, three weeks later he sent Kahn a note notifying him that he found a way to support him and would love to have him join the faculty in the fall. Eventually, Kahn found his work at MIT to be a little stultifying, and began to work at BBN Labs and turned attention toward computer networking. The project really began to take off when he started working with mover-and-shaker Frank Heart. Though the first model was unsuccessful, it was, nevertheless, a start.

In September 1969 Kahn tested the first Arpanet Nodes at UCLA. It took the world's best minds, he recalls, to push the networking field ahead. In 1972, the first International Computer Conference was held in Washington, D.C. Anyone who had anything to do with computer networking was involved in this meeting. After the conference, Kahn realized he needed to move to Washington D.C., a possibility he had never really pondered before. Living in Boston at the time, he cast his ballot for president and boarded an airplane, beginning the next phase of his life in the nation’s capital to work for DARPA.

At the DARPA Kahn moved from working in networking to automated manufacturing. One month after he arrived, Congress killed the program. As a result, he set up a radio packet network, which contained multiple components, including what is now called voice-over IP and end-to-end security. In addition, Kahn asked a young Vint Cerf, just out of UCLA’s Ph.D. program to help him with “this whole mission.” The emergence of LANs was a big surprise. Kahn thought the industry would have to work with five or ten big nets, but instead found themselves in the midst of hundreds of thousands, and now millions of LANs. When Vint Cert joined the team at DARPA, Kahn was its director. In 1983 Cerf left to join MCI.

In early 1983, Kahn was integral in the industry’s switch from Arpanet to TCP/IP. The industry received massive support from the Reagan Administration and private sector for the development of the internet. The area of dispute, however, was over funding. A proposal for advancement of the internet was made in 1986 or 1987, and really began to take off in 1988. By 1990 the private sector had donated more than $500 million. This story made the front page of the New York Times. In order to advance the industry, Kahn, along with others, worked with AT&T to open up the world’s first internet browser and ATM in 1990. E-mail and web access, more than anything else, he believes, accelerated this development. InfoWorld pronounced the Internet its product of the year in 1993; it was first award for the system. Kahn was the co-recipient of the 1997 IEEE Alexander Graham Bell Medal along with Vinton Cerf.

History and Overview of the Internet

Retrieved from "https://ethw.org/w/index.php?title=Robert_Kahn&oldid=156534"
Categories:
This page was last edited on 13 September 2017, at 15:08.
About ETHW
Policies and disclaimers