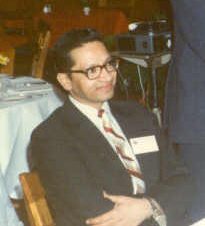 V. Prasad Kodali has worked tirelessly as an IEEE volunteer at many levels for four decades to promote the growth and visibility of IEEE in India and other countries. Dr. Kodali has served IEEE at the Society, Section, and Regional levels as well as IEEE secretary and as a member of Institute-level boards and committees. Dr. Kodali was the first person from India elected by the membership to serve as director of Region 10, which encompasses the Asia Pacific area. As director, Dr. Kodali made a policy of initiating discussions with national engineering societies in Japan, Australia, and India for cooperation agreements that eventually led to the development of programs in Japan, Singapore, India, Hong Kong, and Australia that were instrumental in growing Region 10’s membership to one of the largest within IEEE. As Chair of the IEEE Educational Activities Board’s Transnational Committee, Dr. Kodali brought together educational activities chairs from Regions 7 through 10 to identify common concerns so these transnational members could receive the greatest benefit from IEEE educational programs. Dr. Kodali was also instrumental in the success of the volunteer-driven exhibits project displayed at the Birla Science Center in Hyderabad, India in 2013, which was designed to spur interest in engineering and sciences among high school students. Dr. Kodali’s other volunteer positions include founder and chair of the IEEE India Council’s Aerospace and Electronic Systems Society/Communications Society Joint Chapter and the following Institute-level groups: IEEE Constitution, Bylaws and Policy Statements Committee; IEEE Executive Committee; IEEE Finance Committee; IEEE Ethics Committee; IEEE Long Range Planning Committee; IEEE Fellows Committee; IEEE Membership Development Committee; IEEE Life Member Committee; IEEE Accreditation Policy Council; IEEE Awards Board; and IEEE Publications Board.

An IEEE Life Fellow and recipient of the 1984 IEEE Centennial Medal, Dr. Kodali retired in 1997 as an adviser to the government of India’s Department of Electronics, New Delhi, India. Kodali was the recipient of the 2014 IEEE Haraden Pratt Award.

Retrieved from "https://ethw.org/w/index.php?title=V._Prasad_Kodali&oldid=147334"
Categories:
This page was last edited on 1 March 2016, at 15:51.
About ETHW
Policies and disclaimers