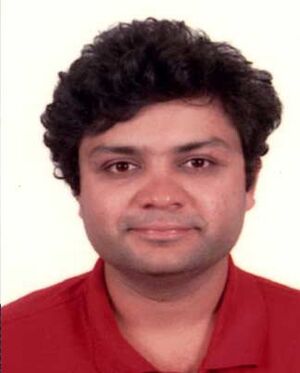 Suhas Diggavi is a member of the faculty at the School of Computer and Communications Science of the École Polytechnique Fédérale de Lausanne in France, where he is director of the Laboratory for Information and Communications Systems. From 1998 to 2003, he was a principal member of the technical staff at the Information Science Center at the AT&T Shannon Laboratories in Florham Park, New Jersey. An IEEE member, Dr. Diggavi is a recipient of the Okawa Foundation Research Award and a co-recipient of the 2005 IEEE Vehicular Technology Conference Best Paper Award, along with Dr. Al-Dhahir and Dr. Calderbank.

Retrieved from "https://ethw.org/w/index.php?title=Suhas_N._Diggavi&oldid=147195"
Categories:
This page was last edited on 29 February 2016, at 16:59.
About ETHW
Policies and disclaimers