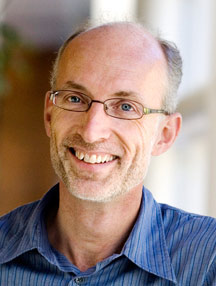 Dr. Parkin is an IBM Fellow at the IBM Almaden Research Center, San Jose, California, where he manages the magnetoelectrics group, directs the IBM-Stanford Spintronic Science and Applications Center, and serves as a consulting professor at Stanford University. Dr. Parkin has received numerous awards and honors including: distinguished lecturer for the IEEE Magnetics Society; the Economist Magazine’s “No Boundaries” Award for Innovation; the American Institute of Physics Prize for Industrial Applications of Physics; the European Physical Society’s Hewlett-Packard Europhysics Prize; and the American Physical Society’s International New Materials Prize (1994). He is a Fellow of the IEEE, AAAS, APS, MRS and the Royal Society, has two honorary doctorates and has authored more than 360 papers and holds more than 70 patents. He received a bachelor’s, masters and doctorate from the Cavendish Laboratory, Cambridge, all in physics.

Retrieved from "https://ethw.org/w/index.php?title=Stuart_Parkin&oldid=147183"
Categories:
This page was last edited on 26 February 2016, at 20:53.
About ETHW
Policies and disclaimers