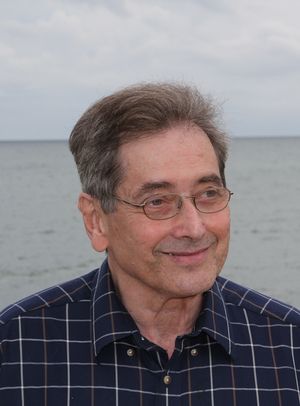 Stephen Grossberg’s foundational work on modeling how brain mechanisms give rise to behavior functions has played an important role in understanding the human mind and enabling machines to adapt to unexpected changes. The ability of his models to adapt autonomously in real time to unexpected environments makes them suitable for applications including image processing, pattern recognition and prediction, and robotics. He is best known for his Adaptive Resonance Theory, which concerns how the brain can learn new objects without forgetting previously learned patterns. He also developed the concept of Laminar Computing. His principle of Complementary Computing has demonstrated how the brain is organized in pairs of parallel streams that compute complementary processes that allow for trade-offs necessary for adaptive intelligent systems.

An IEEE Fellow, Grossberg is the Wang Professor of Cognitive and Neural Systems at Boston University, Boston, MA, USA.

Retrieved from "https://ethw.org/w/index.php?title=Stephen_Grossberg&oldid=159422"
Categories:
This page was last edited on 3 May 2018, at 19:45.
About ETHW
Policies and disclaimers