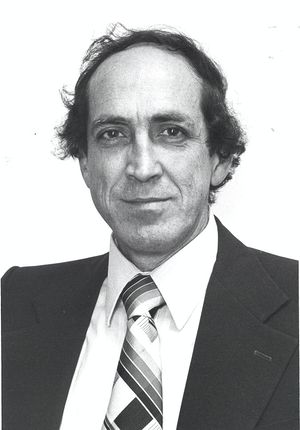 In his remarkable career at IBM, Robert H. Dennard has played a key role in two of the most groundbreaking innovations of the microelectronics industry. His work on the one-transistor memory cell led the way to readily available, inexpensive, high-density memory, which has transformed the industry Further, the principles he helped to develop for scaling MOSFET devices are so ubiquitous that they are now commonly referred to simply as "the scaling laws."

Dennard joined the IBM Research Division in 1958, where his early experience included the study of new devices and circuits for logic and memory applications, and the development of advanced data communication techniques. Since joining the IBM Thomas J. Watson Research Center, in Yorktown Heights, New York, in 1963 he has been involved in microelectronics research and development. His primary work there has been in MOSFETs and integrated digital circuits that use them. His accomplishments include pioneering the dynamic RAM memory cell used in most computers today, and playing a key role in the development of the concept of MOSFET scaling. He has held many titles at IBM, and is currently an IBM Fellow in the Silicon Technology Department. He has been issued 26 U.S. patents, and has 77 published technical papers or articles to his name.

Dennard was born in Terrell, Texas, on 5 September 1932. He received his B.S. and M.S. degrees in Electrical Engineering from Southern Methodist University, Dallas, in 1954 and 1956, respectively He earned a Ph.D. from Carnegie Institute of Technology in Pittsburgh, Pennsylvania, in 1958.

A Fellow of the IEEE, Dr. Dennard has earned dozens of awards and honors including the U.S. National Medal of Technology from President Ronald Reagan for his work on the one-transistor dynamic memory cell. He was also elected to the U.S. National Academy of Engineering. Dr. Dennard received the IEEE Cledo Brunetti Award, the IRI Achievement Award from the Industrial Research Institute, and Harvey Prize from Technion, Haifa, and the IEEE Edison Medal in 2001 'For the invention of the 1-transistor DRAM cell, and contributions to the development of the MOSFET device scaling principles.' He was inducted into the U.S. National Inventors Hall of Fame and is a member of the American Philosophical Society in addition to being named the 2009 recipient of the IEEE Medal of Honor “For invention of the single transistor Dynamic Random Access Memory and for developing scaling principles for integrated circuits.”

Retrieved from "https://ethw.org/w/index.php?title=Robert_H._Dennard&oldid=155959"
Categories:
This page was last edited on 10 August 2017, at 15:48.
About ETHW
Policies and disclaimers