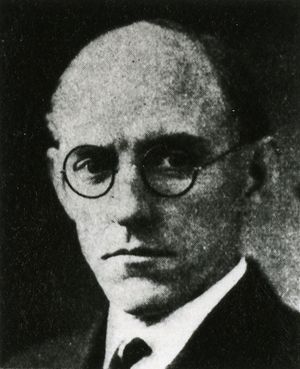 After his graduation in 1909 he was employed as a student engineer for the General Electric Company in Schenectady, NY and upon completing his period of training he was appointed designing engineer in a-c machinery. In 1920 he became assistant to Dr. C.P. Steinmetz and continued to serve in that capacity until Dr. Steinmetz’s death in 1923. In 1922 Dr. Doherty was appointed consulting engineer for the General Electric Company and after two years in that capacity was selected to organize the advanced course in engineering offered by that company. He was also given the responsibility for educational work among the college graduates employed and trained by the firm. In 1931 Yale University appointed him to its faculty as professor of electrical engineering and two years later he was made dean of the school of engineering. Eventually, Dr. Doherty became president of the Carnegie Institute of Pittsburgh, PA (now Carnegie-Mellon University).

In 1937 he was awarded the Lamme Medal of the American Institute of Electrical Engineers (AIEE, now IEEE) for “his extension of the theory of alternating current machinery, his skill in introducing that theory into practice, and his encouragement of young men to aspire to excellence in this field.”

Retrieved from "https://ethw.org/w/index.php?title=Robert_E._Doherty&oldid=173773"
Categories:
This page was last edited on 15 February 2019, at 17:04.
About ETHW
Policies and disclaimers