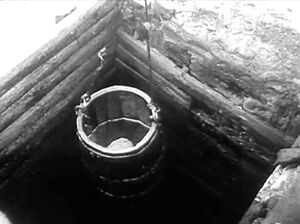 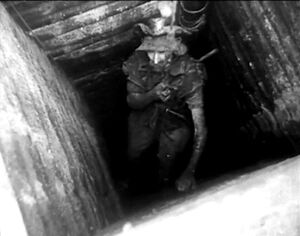 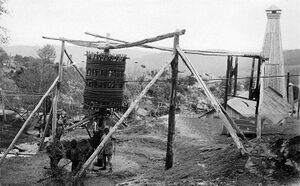 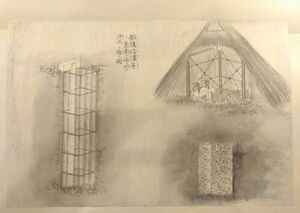 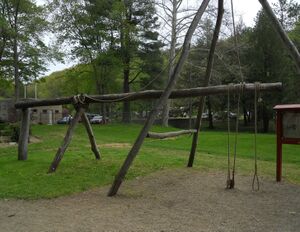 From antiquity to the mid-19th century, the word "petroleum" was associated with a smelling, dirty, thick liquid of limited use, and produced through a low-volume craft-production system (Fig.1-2). While the industrial revolution introduced concepts such as mechanization and mass production, petroleum production was still operated like a proto-industrial system, fueled by animal and human labor (FIG. 3); capital investment in manufacturing was just functional to the maintenance of the limited existing structures; unrefined oils were often collected from the water and salt wells as a by-product to supply low income business limited to lubricants and pharmaceutical markets. These factors discouraged the necessary capital investments required in increasing oil production (FIG. 4-5).

This lasted until the recently formed North American petroleum industry sparked and influenced the development of global oil production. Between 1840 and 1850, entrepreneurship was interested in investing in the industrial production of oil for the first time. This intervention addressed the conceptual controversies on the ‘pure’ and ‘applied’ science, and the narrow definition of technology as applied science treated as subordinate to research. The first strike at those cognitive walls took place after the merger of science and industry when the latter discovered the potential of the outcomes shown in early empirical experiments with oil refining, and petroleum became feedstock for the production of fuels for artificial lighting. Since then, petroleum as a commodity represents not just a mineral resource but is also better understood as a paradigm that incorporates a set of values, forces, and leverages that shaped the course of social endeavors as diverse as science, technology, and energy production.

In the early 1850s, the new petroleum production pattern resulting from this process of maturation unfolded in three stages. It included the financing for the search of oil fields to exploit the already known oil regions; the process of boring into soil by means of mechanical drilling systems derived and adapted from the salt industry and powered by steam power energy; the necessity to guarantee a constant supply for the new and ever increasing refining industry.

Since late 19th century, petroleum has been converted into a vast number of valuable products, each very different from the others, and retaining none of the characteristics of the crude mineral. This transformation was brought about by refining processes, which have undergone many basic changes in the course of the first half of the 20th century. These processes involve the use of huge, complicated installations.

The issue of the early crude classification[edit | edit source]

There are many different kinds of crude oil, which vary in their composition from one locality to another even when they come from the same geological region. Some crudes contain larger or smaller quantities of a black, semi-solid material, familiar as asphalt. Others, which are usually lighter in color, coagulate readily, but begin to flow with ease after they are heated above a certain temperature. When such crudes are cooled, they deposit a light-colored, crystalline or semi-crystalline substance which is paraffin wax. Other crudes can contain both asphalt and paraffin.

In the early 1900s, crude oils were classified as: asphalt-base,[1] paraffin-base,[2] or mixed-base.[3] This classification has persisted for a long time and was accepted among petroleum chemists and refiners. But, in the 1940s it was considered too simplistic, as it failed to explain the real nature of the different crudes. Petroleum consists largely of various carbon and hydrogen compounds which differ widely in their properties. The relative quantities of the various compounds present in a crude determine the chemical nature of the oil with which asphalt and wax are associated.

Chemists came gradually to realize that no two crude oils are alike, thus making an ultimate unique classification was unrealistic. This also means that each crude presents its own issues, particularly when processing it into high-grade products. Some crudes may be well fitted for certain specific purposes, but others may be worthless in this respect, or yield products of inferior characteristics irrespective of the refining method employed. Refiners soon understood that it was necessary to be very careful in selecting the source of the crude, in order to maintain uniformity, quantity and quality of production.

Chemically,[4] crude oils may be considered as mixtures of various compounds of carbon and hydrogen which are known under the general name of hydrocarbons.[5] In addition, they may contain compounds of sulfur, nitrogen or oxygen, but the latter are commonly considered impurities. Although hydrocarbons consist of only two elements, they vary widely in their properties depending on the number of the carbon and hydrogen atoms and their arrangement in the molecule. They have been divided into two major classes: straight chain, or aliphatic, and ring type, or naphthenic and aromatic. After the study and establishment of these classes, petroleum chemists developed refinery processes approaching the domain of organic chemistry.

Fig.6 Attractive force at the base of the formation of saturated hydrocarbons

When atoms combine to form a chemical molecule, each carbon[6] atom is capable of holding or attaching to itself four hydrogen[7] atoms, or their equivalent. When it does so, the carbon atom is said to be saturated.[8] The attractive force holding the atoms together, and indicated by a straight line, is called a bond, or linkage.

The nature of this attractive force is too complicated to be discussed in an encyclopedia entry and main concept is resumed in figure 6 (FIG. 6).

The simplest chemical compound containing carbon and hydrogen is methane[9] (FIG.7 ). It constitutes by far the largest proportion of the so called natural gas which is found in the fields, and is closely associated with petroleum.

Ethane[10] is another simple hydrocarbon, which is also a gas, contains two carbon atoms joined to each other as shown in figure 8 (FIG. 8).

Ethane is also one of the constituents of natural gas. In this case each carbon atom holds three hydrogens, the fourth being replaced by the second carbon atom. Further members of this series of saturated hydrocarbons are formed in a similar way, with more carbons and hydrogens extending out in a straight-chain structure; thus, a large and important group of saturated hydrocarbons is built up. This "straight-chain" group was referred to as aliphatic hydrocarbons. In the above compounds the carbon atoms are united between themselves by only one dash, which is considered as representing one chemical bond. However, a very large group of hydrocarbons contain atoms which are joined by two or more chemical bonds. This may be visualized from the following picture of the simplest member of this series: This hydrocarbon is called ethylene[11] and is also a gas. (FIG. 9).

The term "unsaturated"[12] is applied to such hydrocarbons, because one of the bonds between the two carbon atoms is free to attach itself to some other element if it becomes available; thus, the double bond becomes two single bonds, and a saturated molecule is formed. For instance, if available hydrogen is present, ethylene may add a molecule of hydrogen by means of the free bond, and form ethane. This kind of reaction is exemplified in figure 10 (FIG. 10).

Another equally important series of hydrocarbons is known as the aromatic group, due to their characteristic odor. These differ radically from the straight-chain or aliphatic group. They contain six carbon atoms forming a closed ring with double bonds between each second pair of carbon atoms. The simplest member of this series is the very well-known substance benzene,[13] or benzol. The benzene molecule is represented in figure 11 (FIG. 11).

The complexity of the aromatic series of hydrocarbons may be visualized if we try to imagine the number of substances than can be formed by replacing one or more of the hydrogen atoms with other groups containing both carbon and hydrogen, as was shown in connection with the saturated hydrocarbons: benzene derivatives may be numbered in the thousands. Although the aromatic hydrocarbons contain double bonds, they are much less reactive than the unsaturated straight chain hydrocarbons previously described. Another group of hydrocarbons, known as naphthenic hydrocarbons, is characterized by a ring structure similar to that of benzene, but contains no double bonds and has a variable number of carbon atoms in the ring. The simplest member of this series is cyclopropane[14] which is a gas occasionally found in natural gas; it is sometimes used as an anesthetic (FIG. 12).

The complexity of hydrocarbon molecules increases rapidly with increase in the number of carbon atoms. A vast number of hydrocarbons are known which may be classified within more than one group. For instance, a compound such as styrene may be considered as being both an aromatic and a straight-chain hydrocarbon (FIG. 13).

The Complexity of Petroleum[edit | edit source]

A great diversity and extremely large number of possible combinations of carbon and hydrogen atoms may exist in a molecule. In the light of that, it is not surprising that still when the petroleum industry was close to its centennial, only few of the hydrocarbons present in petroleum have been isolated and identified - which is possible only with the hydrocarbons of simple nature, like those which constitute the lowest-boiling portions of crude oil.

The acknowledgement of the complex composition of petroleum[15] explained then the difficulty of employing it as a raw material for manufacturing chemicals. With the exception of the few low-boiling hydrocarbons, the hydrocarbons are present in crude oil in limited quantities; some of them have similar boiling points, thus making their separation practically impossible.

In the 1930s-1940, considerable progress has been made in connection with the utilization of the low-boiling hydrocarbons by converting them into valuable by-products or high-grade motor fuels - processes that represented an important addition to refinery operations before World War II.

Crew, Benjamin Johnson, and Charles A. Ashburner. A practical treatise on petroleum: comprising its origin, geology, geographical distribution, history, chemistry, mining, technology, uses and transportation. Together with a description of gas wells, the application of gas as fuel, etc. Philadelphia: Baird, 1887.

Flank, William H., Martin A. Abraham, and Michael A. Matthews. 2009. Innovations in industrial and engineering chemistry: a century of achievements and prospects for the new millennium. Washington, DC: American Chemical Society.

Kinghorn, Robert Richard Francis. 1983. An introduction to the physics and chemistry of petroleum. Chichester: Wiley.

Retrieved from "https://ethw.org/w/index.php?title=Petroleum&oldid=185974"
Categories:
This page was last edited on 13 August 2021, at 19:31.
About ETHW
Policies and disclaimers