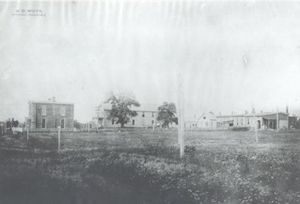 The Menlo Park site was totally devoted to the advancement of the application of science and technology for practical products to be used for the benefit of society. The inventions and innovative achievements produced at Menlo Park impacted many aspects of the world. At the site, Thomas Edison carried out technology innovation, business creation and societal improvements. In addition, Menlo Park became an important model for the industrial research laboratories of the early 1900s. Every major corporation and university has a research and development laboratory, recorded sound is everywhere, telephone and electric light and power systems blanket the globe. It all began at Menlo Park where “Today was Invented.”