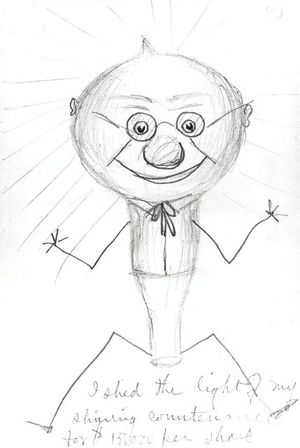 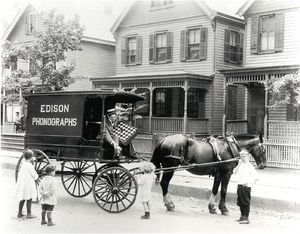 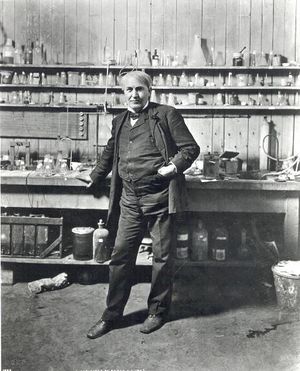 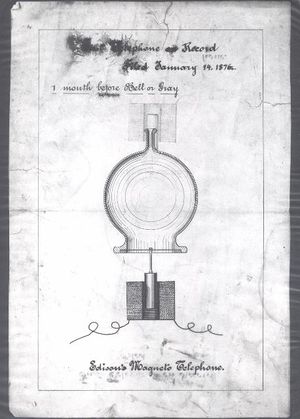 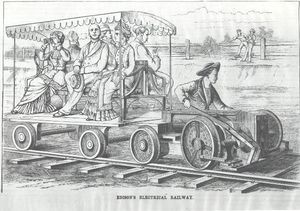 By the 1870s, life was changing for Thomas Edison. Inventions such as the stock ticker and the quadruplex telegraph brought him a degree of wealth and notoriety. The wealth was nice, but fame grew tiresome. A constant stream of curious visitors came to his New York City lab, interrupting Edison’s work. The quiet and private countryside of New Jersey beckoned and in 1876 Edison moved his lab to Menlo Park. Only fifty miles away from New York City and located near a train line, Menlo Park offered Edison both solitude and easy access to Manhattan.

The lab at Menlo Park marked a turning point in Edison’s career. There, some of his most famous inventions, and the first inventions not directly related to the telegraph, were created. But Edison did not work alone. He hired a number of assistants, many of whom were integral to his success. These included Charles Batchelor, one of Edison’s first assistants, who would stay with Edison for many years, as would others such as Francis Upton and Francis Jehl.

In Menlo Park, Edison and his team created for themselves a fully equipped laboratory, an "invention factory." Edison stocked all kinds of materials that he thought could be used in inventions and encouraged his team to be curious, broad-minded, and bold when addressing problems. The first major invention to emerge from Menlo Park was the phonograph in 1877. People were amazed by the phonograph's novelty and its ability to capture, store and reproduce sound. As news of the phonograph spread, Edison became internationally famous. One reporter dubbed him the “Wizard of Menlo Park,” and the title stuck.

Edison believed in working on many projects simultaneously, moving from one to another and following up on ideas that seemed most promising. About the time he was working on the phonograph, he became interested in the telephone, which had been introduced by Alexander Graham Bell in 1876. Curious about the new device, Edison began working on telephone-related technology and soon improved Bell’s transmitter - the part of the phone you speak into. His improvement, the carbon transmitter, was the basis of a vicious patent battle years later between Edison and two other inventors. Patents secure for a term of years the exclusive rights to make, use, or sell an invention. Patent battles are often fierce because a lot of money - as well as pride - is at stake. They would become a regular occurrence in Edison’s career.

During the late 1870s, Edison began working on one of his most famous and enduring inventions - an improved system of electric lighting. A successful electric lighting system demanded better light bulbs, generators, and motors than had been used before in systems such as arc lighting. In 1879, after pouring thousands of working hours and even more thousands of dollars into this new system, he demonstrated it by lighting up his Menlo Park compound. Edison considered his electric lighting system so important he left Menlo Park and established an office at 65 Fifth Avenue in New York City where he could promote the sale of the new system. As a demonstration, he set up his own power plant on Pearl Street near the financial district in New York, and another system in downtown London. With these, Edison launched an electric power industry that still exists today.

The years at the Menlo Park labs were the most productive in Edison’s working life. In addition to the inventions that came out of the lab, the lab itself is noteworthy as another of Edison’s great inventions - the modern industrial research organization. Menlo Park was imitated by many large companies in the early 1900s and acted as a model for later industrial research labs such as the famous Bell Laboratories, also in New Jersey.

Retrieved from "https://ethw.org/w/index.php?title=Thomas_Edison_at_Menlo_Park&oldid=154749"
Categories:
This page was last edited on 12 April 2017, at 13:52.
About ETHW
Policies and disclaimers