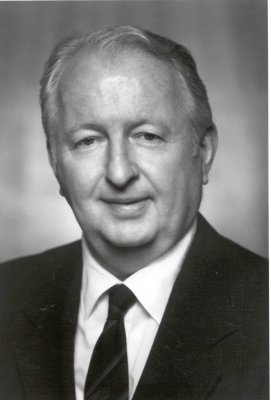 Merrill W. Buckley Jr. is an engineer, technical manager, and educator. He received the BSEE degree from Villanova University and the MSEE from the University of Pennsylvania. His early career was at government laboratories doing research in advanced radar technology and airborne systems design. Later, at RCA/GE at five locations (Pennsylvania, Virginia, Washington DC, California, and New Jersey), he was a project engineer, systems analyst, engineering manager, technical director, project manager, and manager of program planning. His specialty is project management for complex electronic systems (e.g., AEGIS, APOLLO), having presented papers and delivered invited lectures in this field.

Mr. Buckley's commitment to engineering education covers 35 years for IEEE, RCA, GE, Lockheed Martin, and many universities, educational institutions, and corporations world wide. He received the IEEE Centennial Medal and the award for Meritorious Achievement in Continuing Education. He taught IEEE's first and sixth satellite videoconferences, is a member of the Villanova University ECE advisory committee, and is a retired Naval officer (Electronics/Communications).

He has 24 years of service to IEEE in a diversity of volunteer positions from chapter chair to president of The Institute (1992). He was Director of Division VI (Engineering and Human Environment) and IEEE-USA President in year 2000.

Retrieved from "https://ethw.org/w/index.php?title=Merrill_Buckley_Jr.&oldid=155262"
Categories:
This page was last edited on 5 June 2017, at 17:11.
About ETHW
Policies and disclaimers