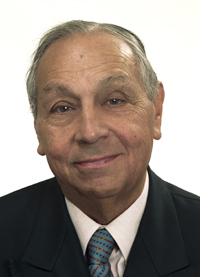 Through his leadership, Maurice Papo influenced improvements in the strategic planning process of one of the IEEE’s major operating boards and mentored many new volunteers. Dr. Papo has held a variety of volunteer positions and was active in IEEE committees for close to 25 years, beginning with the executive committee for the France Section in 1983.

His most notable positions were director of Region 8 (Europe, Middle East and Africa), and vice president of the Regional Activities Board (currently Membership and Geographic Activities). While serving as Region 8 Director, Dr. Papo initiated major changes in the operation of its committee, including the establishment of the positions of vice-chairs and development of volunteers from the region.

In his role as vice president of RAB, he improved the effectiveness and efficiency of operations through delegation of responsibilities and authorities. Dr. Papo encouraged major enhancements to the integrity and independence of the nominations and appointments procedures to encourage the appointment of transnational members within IEEE at all levels. He served as the vice-chair, strategic planning and nominations committee, and was involved in the restructuring of the Region 8 Bylaws. Dr. Papo, a former chair of the IEEE France Section, also served as IEEE Secretary and the on IEEE Educational Activities and Publications Boards.

Dr. Papo was an independent senior consultant and was active in numerous engineering societies. He spent 35 years at IBM, where he held a broad range of executive positions in Europe and the United States, primarily as R&D director. An IEEE Life Fellow, he held more than 75 international patents. He received his bachelor’s degrees from École Polytechnique and École Nationale Superieure des Telecommunications, both in Paris, France.

Retrieved from "https://ethw.org/w/index.php?title=Maurice_Papo&oldid=184843"
Categories:
This page was last edited on 10 May 2021, at 13:55.
About ETHW
Policies and disclaimers