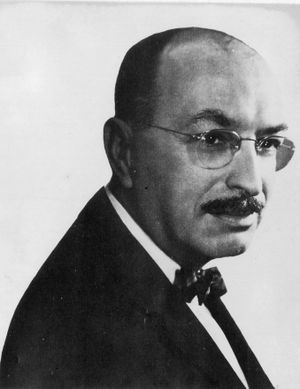 Maurice Apstein was born on May 5, 1910, in Bridgeport, Connecticut. He was granted a B.S. degree in Electrical Engineering by the College of the City of New York in 1931. He received a Master's degree from the George Washington University in 1959 and a Doctor of Philosophy degree from the American University in June 1963.

From 1932 to 1935 he was a design engineer with the Simplex Electric Company and from 1935 to 1940 he was with the Morlen Electric Company, both in New York City. From 1940 to 1945 he was employed by the New York City Board of Education where he served successively as a Teacher of Radio Communications, Chairman of the Radio Department and Assistant to the Board of Examiners. From 1945 to 1949 he was Chief Engineer of the Cardwell Manufacturing Corporation.

In 1949 he joined the Electronics Division of the National Bureau of Standards which later became the Diamond Ordnance Fuze Laboratories. At DOFL he served successively as Chief of the Electromechanical Laboratory, Chief of the Industrial Engineering Division, and Chief of the Guided Missile Fuze Laboratory. In 1957 he was promoted to Associate Director for Research. In 1961 he was awarded a Secretary of the Army Research and Study Fellowship to study "The proper balance between in-house and contracted effort in government laboratories." Since 1962 he has been the Senior Associate Director of the Harry Diamond Laboratories.

Dr. Apstein was an Adjunct Professor at the American University Graduate School. From 1961 to 1962 he served as staff assistant to the President's Science Advisory Committee. Other committee assignments have been Chairman of the Membership Committee, Washington Academy of Sciences, Vice Chairman and Chairman of the Washington Chapter of the IRE Professional Group on Engineering Management, and member of the IEEE Washington Section Fellow Awards Committee. In 1965 he was appointed to the Army Research Council and was elevated to Chairman in 1968.

Dr. Apstein was the author or co-author of about twenty-five technical papers and has been granted fourteen patents in instrumentation, electronics, and ordnance devices. In 1952 he was a recipient of the U.S. Department of Commerce Gold Medal for Outstanding Contributions to Technology in the Fields of Aviation Ordnance, and National and International Standardization of Weapons. In 1967 he received the Department of the Army's Research and Development Award for development of a low-cost proximity fuze for the 2.75" rocket. He was a Fellow of both the Washington Academy of Sciences and of the IEEE.

Dr. Apstein was an amateur gourmet chef; however, when his wife, Martha who was a schoolteacher, banishes him from her kitchen he reverts into a sports car enthusiast and builds large engines into small cars. The Apsteins have two sons. One was a practicing M.D. and the other was a medical student.