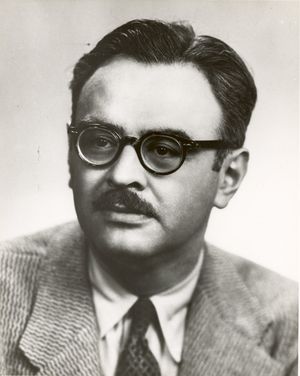 Following work at the Pennsylvania State College, the College of the City of New York, and the Sperry Gyroscope Company, Dr. Chodorow joined Stanford University as a Professor of Physics. At Stanford he served as Director of the Microwave laboratory (now the Edward L. Ginzton Laboratory) from 1959 to 1962 and as Chairman of Applied Physics from 1962 to 1969. In 1975 he was appointed the Barbara Kimball Browning Professor of Applied Physics. Following official retirement, he was recalled to continue teaching his definitive courses in microwave tubes and systems.

Professor Chodorow's principal research activity has been in the theory and design of microwave tubes. His early work on high-power klystrons led to the design and construction of the first multi-megawatt klystrons. These were used as power sources for the Stanford linear accelerator in 1947-51. Professor Chodorow's work on klystrons and high-power traveling wave tubes has had a major influence on the design of radar and space communication systems throughout the world.

Professor Chodorow was a Fellow of the IEEE and the American Physical Society, and a member of Sigma Xi and the American Association for the Advancement of Science. He has served as Chairman of the IEEE Awards Board and in 1962 was awarded the W.R.G. Baker Prize Award for a paper on the extended interaction klystron. He was one of the few members of three major academies: the National Academy of Engineering, the National Academy of Sciences, and The American Academy of Arts and Sciences. Professor Chodorow has authored and coauthored many articles, including the book "Fundamentals of Microwave Electronics."

Marvin Chodorow has traveled widely, with visits and lecture series to many countries, including France, England, the USSR, and the People's Republic of China. He was an inveterate reader and a devotee of music and the theatre.

Retrieved from "https://ethw.org/w/index.php?title=Marvin_Chodorow&oldid=174211"
Categories:
This page was last edited on 27 February 2019, at 19:13.
About ETHW
Policies and disclaimers