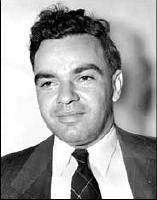 The most well-known of Martin Kamen's many achievements is his discovery in 1940, in collaboration with the late Sam Ruben, of the long-lived radioactive carbon isotope carbon-14 and his development of it as a tracer in biological systems. Kamen's work changed biochemistry in a fundamental way - today, carbon-14 is used to understand all biochemical reactions involving carbon. Kamen himself used carbon-14 to understand metabolism and photosynthesis, the most fundamental process on our planet. Carbon-14 is also used by countless chemists, biochemists, molecular biologists, medical scientists, archaeologists, and geologists. The technique of carbon dating has permitted scientists to date archaeological and anthropological finds as far back as 60,000 years; and carbon-14 has helped scholars determine whether pictures were painted by famous artists or by forgers. Most recently, environmental scientists have been using carbon-14 to study the distribution and turnover of carbon dioxide in our deteriorating environment.

In 1937, after completing his doctoral research on neutron scattering, Kamen began his career as a radiochemist for the legendary group under Ernest O. Lawrence at the cyclotron at the University of California, Berkeley. He used carbon-11 that he made in the Berkeley cyclotron to trace chemical and biochemical processes but was limited by the short half-life (21 minutes) of this nuclide. The existence of the nuclide carbon-14 had been postulated since 1934, but it had never been directly observed nor characterized. Kamen succeeded in preparing C-14 in sufficient amounts to determine its beta-emission energy and lifetime. Remarkably, its extraordinarily long half-life (5,700 years) differed from theoretical expectation.

Two basic themes recurred in Kamen's pioneering radiocarbon studies: photosynthesis and the related general problem of CO2 assimilation. In 1938 he demonstrated, in collaboration with Sam Ruben and others, that the source of molecular oxygen in photosynthesis is water and not carbon dioxide.

During the war years, Kamen's liberal ideas and outgoing personality caused him to be watched by government security, including the F.B.I. In 1944, he was declared a security risk and dismissed from the Berkeley Radiation Lab. A few years later he was called before the House Un-American Activities Committee. Kamen fought in the courts for over ten years to clear his name and to regain his passport, which had been denied whenever he had been invited to attend scientific meetings abroad.

In 1945, he moved to the Mallinckrodt Institute of Radiology, Washington University School of Medicine, where he supervised cyclotron production of radioisotopes for medical research. He continued his study of photosynthesis and cytochromes (the respiratory proteins basic to reduction of oxygen) using carbon-14 as a tracer by collaborating with biochemists throughout the university. With keen scientific intuition, he chose to use bacteria instead of green plants as test organisms. This change, related to his earlier studies on bacteria at Berkeley, was influenced also by his familiarity with the attitudes of comparative biochemistry, a viewpoint that emphasizes general biochemical and evolutionary relationships and 'guides research accordingly. These studies, ranging over the whole field of microbiology stimulated a rapidly expanding series of studies in the laboratories of his collaborators and others.

In 1947 he wrote what immediately became the primary reference work for several decades on the use of radioactive tracers, Radioactive Tracers in Biology: An Introduction to Tracer Methodology. This work, first published in 1947, went through three editions incorporating new techniques, and three reprintings, through 1965. It remains a classic reference on basic nuclear science, tracer methodology and technique.

During, the 1950s and 1960s, his studies on the metabolism of photosynthetic bacteria resulted in a number of important discoveries, notably nitrogen fixation and the photoevolution of molecular hydrogen (with H. Gest, a graduate student at the time), and the so-called suicide procedure; to trace mechanisms of DNA duplication (with A.V. Hershey). After he and Leo Vernon discovered the C-tvpe cytochronie in anaerobic bacteria, he began a series of pioneering researches on bacterial iron proteins. They performed the first characterization of a bacterial cytochrome and from this there emerged a wholly new area - the comparative biochemistry of cytochromes - which stimulated discoveries of many new classes of iron proteins.

Kamen became Professor of Biochemistry at Brandeis University (1957-61) and Professor of Chemistry at the University of California at San Diego (1961-1978). From 1967-1970, he spent every six months as Director of Research at the Centre National de la Recherche Scientifique Laboratorle de Photosyntheses in Gif-Sur-Yvette, France. He taught at the University of Southern California, where he was Director of the Chemical-Biolocical Development Laboratory (I974-1977) and Director of Molecular Biology (I978). His final academic position was Professor Emeritus at the University of California at San Diego and at the University of Southern California. Professor Kamen continued to teach until his 80s. Martin Kamen was born in 1913 in Toronto. He earned his BS and Ph.D. degrees in Chemistry and Physical Chemistry, respectively, from the University of Chicago. Dr. Kamen published over 300 scientific papers, which demonstrates the range and significance of his work. His textbook on tracer methods, Isotopic Tracer Methods in Biology, was highly influential in introducing tracer methodology to biochemistry. His textbook Primary Processes in Photosyntheses (1963) is a classic work in its field. He wrote an autobiography, Radiant Science, Dark Politics: A Memoir of the Nuclear Age (1985), which focuses on his life from 1937 to 1957.

He received many honorary degrees, including those from the University of Chicago, Washington University, University of Illinois, Brandies University, University of Freilbur, in Germany, and the Welzmann Institute of Science in Israel. His awards include the C.F. Kettering Research Award (1963-1970), the C.F. Kettering Award for Excellence in Photosynthesis (1968), the Merck Award of the American Society of Biological Chemists (1982), and the Einstein Award of the World Cultural Council (1990). Dr. Kamen was a member of the National Academy of Sciences, the American Academy of Arts and Sciences, and the American Philosophical Society.

Retrieved from "https://ethw.org/w/index.php?title=Martin_Kamen&oldid=146596"
Categories:
This page was last edited on 4 February 2016, at 16:54.
About ETHW
Policies and disclaimers