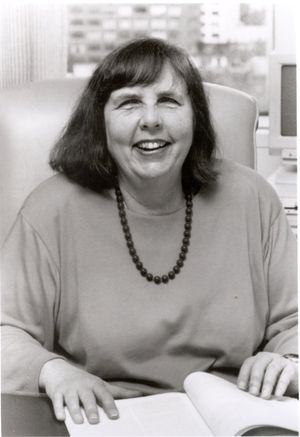 Martha Sloan received a BSEE with great distinction, an MSEE and a Ph.D. from Stanford University. After two years of working at Lockheed Missiles and Space Company, Palo Alto, California, she joined Michigan Technological University where she is now a Professor of Electrical and Computer Engineering.

Sloan was IEEE president in 1993. She was the first woman to lead the Institute.

Retrieved from "https://ethw.org/w/index.php?title=Martha_Sloan&oldid=146589"
Categories:
This page was last edited on 4 February 2016, at 16:44.
About ETHW
Policies and disclaimers