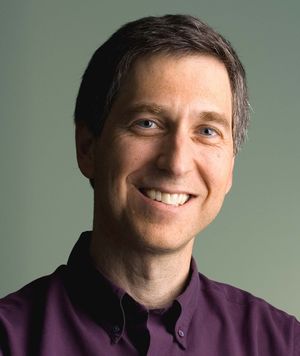 Dr. Mark Horowitz is recognized as one of the leading scholars of his generation in integrated circuits and systems design.

The director of the Computer Systems Laboratory and Yahoo! Founders professor of the school of engineering at Stanford University, and chief scientist at Rambus, Inc., his contributions encompass many areas. They include computer architecture, semi-conductor memory, the design and modeling of high-performance and low-power VLSI circuits and systems, and circuit design for high-performance data links.

Dr. Horowitz’s initial work focused on creating high-performance VLSI computing systems, working both on building the basic CMOS circuit elements (adders, memories, etc), as well as complete systems. He has overseen many processor design efforts at Stanford, including MIPS-X, one of the first processors to have an on-chip instruction cache, TORCH, a statically-scheduled, superscalar processor, and FLASH, a flexible DSM machine.

He is best known for his groundbreaking research on high-speed CMOS data link interfaces especially for memory connections to high-performance computing, signal processing systems and other uses. He and his students greatly increased the bandwidth of I/O interface circuits, which are a major bottleneck in modern computing and signal processing systems. This work on interface circuits for CMOS data transfer and signaling links changed perceptions of memory and other I/O interfaces and fostered a revolution in the electronics industry. His studies of I/O phase adjustment circuitry led to the design of novel phase-locked loop circuits, some of which are in widespread commercial use.

Dr. Horowitz also is internationally recognized as a pioneer in low-power VLSI circuits and systems. He was one of the first researchers to recognize that power consumption would limit the performance of large data and signal processing systems as CMOS technology was scaled to the deep submicron range. This understanding prompted him to introduce the idea of using multiple power supplies and grouping circuits into critical and non-critical clusters to minimize VLSI-processor power dissipation. He and his students also made key contributions to the design and application of adaptive voltage regulators for conserving power in digital systems and their interfaces.

He is a Fellow of both the IEEE and the Association for Computer Machinery. He is a member of IEEE Solid State Circuits Society advisory committee and a past member of its meetings and program committees.

Dr. Horowitz received his bachelor’s and master’s degrees from the Massachusetts Institute of Technology and his doctoral degree from Stanford University, all in electrical engineering.

Retrieved from "https://ethw.org/w/index.php?title=Mark_A._Horowitz&oldid=146575"
Categories:
This page was last edited on 4 February 2016, at 15:14.
About ETHW
Policies and disclaimers