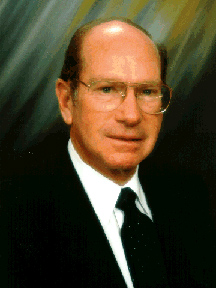 Dr. Lawrence J. Fogel has been described by colleagues as “a father of computational intelligence.”

Beginning in 1960, he devised evolutionary programming, a radical approach in artificial intelligence that simulated evolution to literally evolve solutions to problems. While a senior staff scientist at General Dynamics/Astronautics in San Diego, California he conducted a research study in evolutionary programming to advise management on the technical aspects of man-machine relations within aerospace systems.

His 1964 doctoral dissertation on evolutionary programming was the basis of the first book on evolutional computation, “Artificial Intelligence through Simulated Evolution,” which he co-authored with Alvin Owens and Michael Walsh. In 1965, Dr. Fogel, with Owens and Walsh, founded Decision Science, Inc. in San Diego, California, the first company to focus on solving real problems via evolutionary computation.

As president of Decision Science, he directed its activities, guiding research in the informational sciences in areas such as computer simulation, mathematical prediction and control systems, real-time data processing and materials handling systems. He also developed evolutionary programming methods that led to the Adaptive Maneuvering Logic, a heuristic approach to missile evasion for simulated aerial combat, as well as for naval and tank warfare. His method also has been used to discover new pharmaceuticals, improve industrial production and optimize mission planning in defense applications. In 1982, Decision Science merged with and became a division of Titan Systems, Inc., in San Diego.

Retrieved from "https://ethw.org/w/index.php?title=Lawrence_J._Fogel&oldid=187179"
Categories:
This page was last edited on 19 January 2022, at 17:42.
About ETHW
Policies and disclaimers