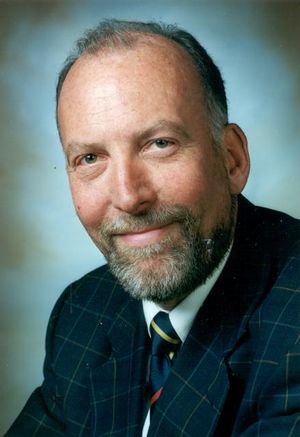 It is virtually impossible to hear digital audio or watch digital video that does not reflect the work of Kees A. Schouhamer Immink. His contributions to coding systems quite literally jump started the digital video and audio revolution, by enabling reliable data storage at information densities previously thought unattainable. Immink's coding methods are crucial to compact disc, CD-ROM, CD-1, MiniDisc, CD-Video, DVD, digital compact cassette, digital video recorder, the optical digital video recorder, and other tools. He holds almost 40 patents for the coding systems he has developed.

Immink was born in Rotterdam, on 18 December 1946. He earned a B.S. from Rotterdam Polytechnic, and M.S. and Ph.D. degrees at the Eindhoven University of Technology. He joined the Philips Research Laboratories in 1971. In those years, he and his colleagues conducted some of the world's earliest experiments with optical video disc recording. A few years later, he was a technical leader in negotiations between Sony and Philips that led to industry standards for the compact disc.

During his long career at Philips Research Laboratories, Immink he served in many capacities in various research groups including Electronic Systems, Optics, and Magnetic Recording Systems. In 1992 he was appointed a Philips Research Fellow.

Immink is the author of Coding Techniques for Digital Recorders, which has become the standard reference book of the field. He has also written several papers, articles, and book chapters. Since 1995, he has been an adjunct professor at Essen University's Institute for Experimental Mathematics in Germany.

Immink is a Fellow of the IEEE, the Audio Engineering Society (AES), the Society of Motion Picture and Television Engineers (SMMI), and the IEE, and he is a member of the Royal Netherlands Academy of Arts and Sciences. For his contributions to the digital audio and video revolution, he received the Golden Jubilee Award for Technological Innovation from the IEEE Information Theory Society, the IEEE Masaru lbuka Consumer Electronics Award, the Poniatoff Gold Medal Award for Technical Excellence awarded by the SMPTE, the IET J. J. Thomson Medal, both the Silver Medal and the 50th Anniversary Commemorative Medal awarded by the AES, and the IEEE Edison Medal in 1999 "For a career of creative contributions to the technologies of digital video, audio, and data recording."